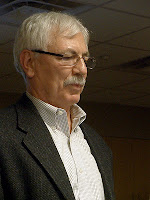 (Image by Unknown Owner)   Details   DMCA
Talk about climate change seems to be a taboo subject in America today.

Three years ago promises by both major political parties to do something have gone by the wayside while today's Republican presidential candidates reject evidence that humans are responsible for the warming of the earth.
The mainstream media routinely report on extreme weather, like this winter's high temperatures and last summer's droughts, but reporters and commentators typically veer away from connecting it to climate change.
Last October, the New York Times reported that those who believed the Earth was warming dropped from 79 percent in 2006 to 59 percent.  However, a month later polling experts blamed this decline on a collapse in media coverage and pollsters' deeply flawed questions.
It turns out that the United States is one of the few countries in the world still quibbling over climate change, and its influence is stymieing progress at environmental summits like Durbin (2011), Cancun (2010), and Copenhagen (2009).

What's going on?
As you may expect, it's about money, politics, culture and media bias.

Ron Kramer, a sociologist at Western Michigan University, has been studying how sociological and cultural factors are preventing Americans from talking about or acting on climate change.  He drew on the research of sociologist Stanley Cohen, professor emeritus at the London School of Economics, who says that denial "refers to the maintenance of social worlds in which an undesirable situation (event, condition, phenomenon) is unrecognized, ignored or made to seem normal."
He cites three categories of denial:
Through literal and interpretive denial, climate change deniers declare that the earth is not warming even though 98 percent of our scientists have written thousands of peer-reviewed papers and reports concluding that climate change is real and caused by human activity.
Actually, deniers are organized by conservative think tanks funded by the fossil fuel industry that attempt to create doubt about climate science and block actions that would reduce greenhouse gas emissions and create clean energy alternatives.
To do this they use conspiracy theories and "fake" experts with no background in climate science.  They insist on absolute certainty, cherry-pick the data and ignore the larger body of evidence or misrepresent data and promote logical fallacies like "the climate has changed in the past, therefore current change is natural."
"Creating doubt blocks any action," said Kramer.  "This is the same tactic the tobacco industry used to deny that smoking was harmful to people's health. And, some of the same people are now doing this with climate change."
The "conservative climate change denial counter-movement," as Kramer calls it, was led by the George W. Bush administration and congressional Republicans who obstruct and manipulate the political system to promote their view.  They are complemented by right-wing media outlets such as Fox News and Rush Limbaugh.  The mainstream media's "balancing norm" practice then allows the denialists to be placed on par with the climate scientists.
The rationale behind this counter-movement is that corporations make money if Americans continue their materialistic attitudes and practices so they lobby politicians to protect their interests and they fund think tanks that accuse "eco-scientists" of destroying capitalism, as revealed by the New YorkTimes.
Corporations provide research monies to university scientists, who rely on them as support from state legislatures and benefactors dwindles.  They advance narratives that people from other parts of the world are worse off than Americans, so we don't have to change.  They make claims to virtue on TV ads about all they are doing for the environment (a.k.a. "greenwashing").  And, they argue that doing something about global warming will cost too much and cause them to lose their competitive edge.
Research shows that conservative white males are more likely to espouse climate change denial than other groups for two reasons.  They tend to filter out any information that is different from their already-held worldview because it threatens the identity, status and esteem they receive by being part of their group, he said.  Sociologists call this "Identity Protective Cognition."
Secondly, conservative white males have a stronger need to justify the status quo and resist attempts to change it.  Sociologists call this "System Justification."
For example, successful conservative white males stridently defend the capitalist system because it has worked well for them. For anyone to imply the system is not functioning is an unfathomable impossibility akin to blasphemy.
"Identity Protective Cognition" should also inform environmental activists that the information deficit model of activism is not always a good approach, warned Kramer.  Just providing more information may not change anyone's views given their commitment to a particular cultural worldview.
In implicatory denial people recognize that something untoward is happening but they fail to act because they are emotionally uncomfortable or troubled about it.
For example, there are the people who are aware of climate change and have some information about it, but take no action, make no behavioral changes and remain apathetic.
This response occurs when people confront confusing and conflicting information from political leaders and the media.  Consequently, they have yet another reason for denial--or they believe the problem can be overcome with technology and they can go on with their lives.
"At some level people understand that climate change can alter human civilization, but they feel a sense of helplessness and powerlessness at the prospect," said Kramer.  "Others feel guilty that they may have caused the problem."
Several cultural factors also thwart any decisive action on climate change, said Kramer.
Americans have a tendency toward "anti-intellectualism," so "nerdy" climate scientists are easily suspect.
Our strong sense of "individualism" helps us strive toward our individual goals, but it likewise keeps us from joining together to do something about climate change.  They ask:  "What good does it do to recycle or drive less when we have such a huge, complex problem as climate change?"
"American exceptionalism" celebrates the American way of life, which has given us a vast bounty of wealth and material goods.  We want to continue this life and, in fact, deserve it.  Nothing bad will happen to us.
Finally, "political alienation" keeps us from trusting our political system to tackle the problem.
"What we ultimately need is international agreement about what to do about climate change," said Kramer.  "Nothing will happen, however, until the United States commits to doing something."
What to do about climate change?

Kramer believes we should regard climate change as a matter of social justice and not just science because the people most affected by it are not the ones who created it.
North American and European lifestyles, which are based on easy and cheap access to fossil fuels for energy, agriculture and consumer products have inadvertently caused much suffering, poverty and environmental degradation to the people of the Global South.
To illustrate, analysts at Maplecroft have produced a map that measures of the risk of climate change impacts and the social and financial ability of communities and governments to cope with it.  The most vulnerable nations are Haiti, Bangladesh and Zimbabwe.
Second, Kramer emphasized the moral obligation we have to future generations and other species.  Simply put, we must reduce our use of fossil fuels that are largely responsible for emitting greenhouse gases into the atmosphere and causing extreme weather conditions like hurricanes, floods, drought, tsunami, earthquakes, heat waves, warm winters and melting polar ice caps.
Again, people's lives, livelihoods and communities are affected and it shouldn't escape notice that human encroachment on animal habitats is contributing to massive species losses, what some call the Sixth Great Extinction.  Criminologists are grappling with the language characterizing this wonton disregard with words like "ecocide" and "biocide."
Kramer suggests that we shift our lifestyles from a culture based on materialistic consumption to a culture based on the caretaking of the Earth, as advocated by Scott Russell Sanders in A Conservationist Manifesto (2009).  Sanders asks such questions as (see a video with Sanders)
Third, Kramer calls for a more "prophetic imagination" as put forward by Walter Brueggeman, a theologian and professor emeritus at Columbia Theological Seminary, where we take a reasoned approach and face the realities of climate change, confront the truth, "penetrate the numbness and despair," and avoid drowning in our sense of loss and grief that is paralyzing us from action.
Such an approach can give voice to a "hope-filled responsibility" where people are empowered to act rather than left listless and inattentive.
"It's not about someone being responsible, but all of us," said Kramer, "because we are all affected by climate change."
One major way we can do that is by reducing greenhouse gas emissions--and we have a way to measure our progress.
Bill McKibben, author of The End of Nature (1988), one of the first popularized books about global warming, contends that rising counts in greenhouse gas emissions are threatening our world.  Today, we are at 400 parts per million (ppm) and heading toward 550-650 ppm compared to pre-industrial counts that measured at 275 ppm.  McKibben advocates a goal of 350 ppm and has encouraged people in 188 countries to reduce carbon emissions in their communities.  (See the video explaining this charge.)
However, can people really be motivated to act given the complexity of the problem?
Kramer harkens to Howard Zinn's autobiographical book, You Can't Be Neutral on a Moving Train (1994).  In it Zinn says that we have to "look to history" to see that people working at the grassroots level were able to make change despite tremendous and entrenched obstacles.  It was people who ended slavery and Apartheid, liberated India, dismantled the Soviet Union and initiated the Arab Spring of 2011.  (See a video with Zinn)
"Climate change is a political issue" Kramer insisted.  "We know what to do.  We know that we need to mitigate the carbon emissions from fossil fuels.  What we lack is the political will and the mechanisms to move forward."
Kramer insisted that climate change is not a party or ideological issue but rather a humanity issue.
"Planet Earth will survive," he concluded, "but will human civilization?"