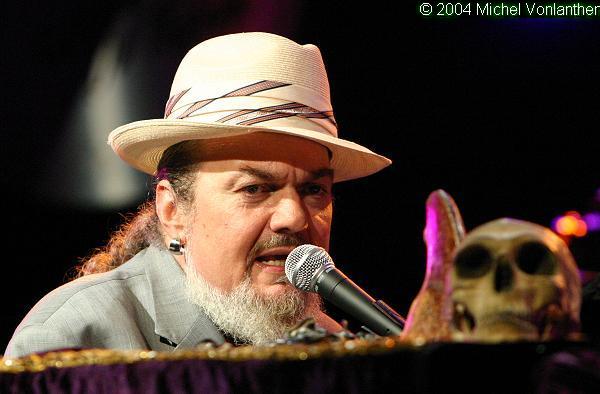 (Image by Unknown Owner)   Details   DMCA
No other American city values music the way New Orleans does. Heck, one of its airports is named after legendary musician Louis Armstrong!

Music is not something that is tangible, linear or measurable, said Nick Spitzer, producer and host of the National Public Radio show "American Routes," but it is one of the things people value.

Even in the midst of their own gloom over Hurricane Katrina's destruction where homes and neighborhoods were crushed and where there was little infrastructure and not much support from state or federal government, music helped many evacuees rebuild their lives with a strong hope in the future and a deep connection to a place they loved.

"That's what life's about," said Spitzer, "creating space for creativity."

Spitzer and several jazz musicians spoke at the annual conference of the American Planning Association held recently in New Orleans where many sessions discussed the recovery effort after Hurricane Katrina.

Before the storm hit, Benny ("the Peter") Pete, tuba player and leader of the Hot 8 Brass Band, headed to Atlanta with his family. Only two of his band members were there while the rest were scattered all over the country. One day he received a phone call to reunite the band in Baton Rouge to perform for the evacuees living there. He jumped at the chance--despite the fact that neither he nor any of the band members had their instruments. Students from Louisiana State University and local high schools loaned them their band instruments just to hear a concert.

Pete said that all he cared about was playing music again but he soon realized how important it was for the evacuees who were homesick and traumatized by Katrina to hear their music.

"We found out the power of our music, said Pete, quite surprised. "We didn't understand that before but it was music that pulled us all together. It showed us the value and power of our culture."

Olga Bonfiglio is a Huffington Post contributor and author of Heroes of a Different Stripe: How One Town Responded to the War in Iraq. She has written for several magazines and newspapers on the subjects of food, social justice and religion. She (more...)
Related Topic(s): Jazz; Katrina Cottages; Music, Add Tags
Add to My Group(s)
Go To Commenting
The views expressed herein are the sole responsibility of the author and do not necessarily reflect those of this website or its editors.