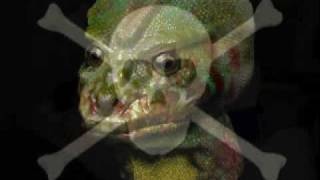 Above is the Ministry of Health in Chile's cover illustration from their report on aspartame's effects; in due course, I will post their video, all in Spanish

This article was brought into being by Dr. Betty Martini, Founder Mission Possible International, with added insights by OpEdNews author, Stephen Fox


Informant Terry Riggs worked for Searle on their ranch:

"At the parties hosted by the Searle family, there was only booze and Diet Coke to drink. When others told the Searles that it was bad for them, they continued to use it. Perhaps they were trying to justify themselves. Bill and Sally were married; Bill died of brain cancer, (and he was the primary driving force behind the approval for aspartame). They had two daughters, Louise and Scotty,"

"Fred was Bill's brother, he died of brain cancer, and I never met Fred. Sue Dixon and Bill Searle were siblings, Wes Dixon had seizures and died, cause of death? Wes was married to Sue Dixon (who had severe seizures and later died).

Bill Searle owned Maggie Creek Ranch; I was the cow boss for the last 7 years that I was there when Bill was in the last stages off his cancer; it was hushed up but from a good source we heard that he really suffered.

The only thing that I could add is that people who have money usually try and save little animals. But not them: they spent most of their time going to all parts of the world killing them large and small. I guess that's one of the symptoms of aspartame poisoning - we looked in their freezer one time and there were dead bloody animals and ice cream in the same compartment."

Dr. Martini: I was told it was not an easy death, and then they tried to cover it up so the public wouldn't know that two of the Searles died from the very product they professed to protect and had always championed as "safe."

Stephen Fox: How telling that in 1996, heirs to concentration camp Holocaust victims, heirs of Friedrich Gutmann, sued Searle in connection with a Degas painting, "Smokestacks," they claimed had been seized from their family in WWII. This claim resulted in the first settlement concerning Nazi looted art in America.

This was reported extensively in the Washington Post, the Chicago Tribune, the New York Times, the Jewish Telegraph Agency, et. alia, but here summed by the University of Geneva Art Law Center in Switzerland:

The heirs of Holocaust victims Friedrich and Louise Gutmann, Nick and Simon Goodman and Lili Gutmann, filed a claim against Daniel Searle. Searle was the owner of the painting "Landscape with Smokestacks" by Edgar Degas and was a Trustee of the Art Institute of Chicago, where the painting was on loan. The painting was allegedly looted by the Nazis during the Second World War. After four years of litigation, the parties agreed to share the ownership of the painting. The Gutmann heirs' interest in the ownership was bought by the Art Institute of Chicago.

"For Searle, challenges to aspartame were only one of several corporate headaches in the mid-'70s. In 1975 (at the request of Ohio's US Senator Howard Metzenbaum), a Senate subcommittee opened hearings into complaints about the claims Searle had made to the FDA to win approval of various new products including aspartame.

In July 1975, the then-FDA commissioner, Dr. Alexander M. Schmidt, testified at a Senate hearing that "recent investigations by the agency have raised questions about Searle Laboratory's conduct of animal experiments and their reporting of data...."