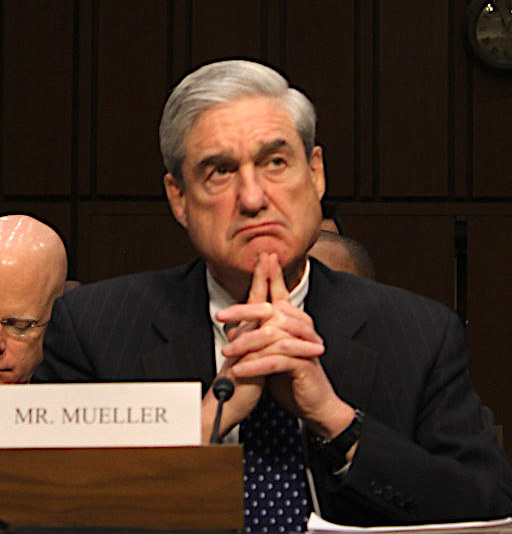 Friday's surprising report that Robert Mueller had successfully sought an extra week to prepare for his House testimony on Russia-gate (now set for July 24) must have come as scary news to those of his fans who can put two and two together. Over the past few weeks, it has become clearer that each of the two frayed findings of Russian interference in the 2016 U.S. presidential election has now come apart at the seams.

Saturday's New York Times reports that "the Democrats said they chose to delay at the request of Mr. Mueller" after a day of negotiations, "as both Democrats and Republicans were deep in preparations for his testimony" earlier scheduled for July 17. The Washington Post, on the other hand, chose not to say who asked for the delay. Rather, it explained the abrupt change in timing with a misleading article entitled, "Mueller, House panels strike deal to delay hearing until July 24, giving lawmakers more time to question him."

How to Avoid Eating Crow

As the truth seeps out, there will be plenty of crow to go around. To avoid eating it, the Democrats on the House Judiciary and Intelligence Committees, the stenographers who pass for journalists at the Times and Post, and the "Mueller team" will need all the time they can muster to come up with imaginative responses to two recent bombshell revelations from the United States District Court for the District of Columbia. 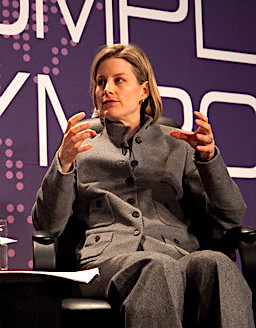 Friedrich: Told Mueller put up or shut up.
(Image by (Flickr))   Details   DMCA

Perhaps the most damning of the two came last Monday, when it was disclosed that, on July 1, Judge Dabney Friedrich ordered Mueller to stop pretending he had proof that the Russian government was behind the Internet Research Agency's supposed attempt to interfere via social media in the 2016 election. While the corporate media so far has largely ignored Judge Friedrich's order, it may well have been enough to cause very cold feet for those attached to the strained Facebook fable. (The IRA social-media "interference" has always been ludicrous on its face, as journalist Gareth Porter established.)

Ten days is not a lot of time to conjure up ways to confront and explain Judge Friedrich's injection of some unwelcome reality. Since the Democrats, the media, and Mueller himself all have strong incentive to "make the worst case appear the better" (one of the twin charges against Socrates), they need time to regroup and circle the wagons. The more so, since Mueller's other twin charge Russian hacking of the DNC also has been shown, in a separate Court case, to be bereft of credible evidence.

No, the incomplete, redacted, second-hand "forensics" draft that former FBI Director James Comey decided to settle for from the Democratic National Committee-hired CrowdStrike firm does not qualify as credible evidence. Both new developments are likely to pose a strong challenge to Mueller. On the forensics, Mueller decided to settle for what his former colleague Comey decided to settle for from CrowdStrike, which was hired by the DNC despite its deeply flawed reputation and well known bias against Russia. In fact, the new facts emerging, oddly, from theU.S. District Court, pose such a fundamental challenge to Mueller's findings that no one should be surprised if Mueller's testimony is postponed again.

Daniel Lazare's July 12 Consortium News piece shatters one of the twin prongs in Mueller's case that "the Russian government interfered in the 2016 presidential election in sweeping and systematic fashion." It was the prong dripping with incessant drivel about the Kremlin using social media to help Trump win in 2016.

Mueller led off his Russia-gate report, a redacted version of which was published on April 18, with the dubious claim that his investigation had

Judge to Mueller: Put Up or Shut Up

Ray McGovern works with Tell the Word, the publishing arm of the ecumenical Church of the Saviour in inner-city Washington. He was an Army infantry/intelligence officer and then a CIA analyst for 27 years, and is now on the Steering Group of Veteran Intelligence Professionals for Sanity (VIPS). His (more...)
Related Topic(s): 2016; Democrats; Election; Facebook; Mueller Investigation; Mueller Report; Presidency; Russia-gate, Add Tags
Add to My Group(s)
Go To Commenting
The views expressed herein are the sole responsibility of the author and do not necessarily reflect those of this website or its editors.