Think of it as a plot against the government.    Not a group of rogue army officers plotting a coup in some Third-World country, but rather an extremist faction of the Republican party in the US Congress.

That's the true meaning of the government shutdown.   "Defeat Obamacare" is the rallying cry, but make no mistake:   the real target of the ultra-conservative crazies in Congress is majority rule -- the vital core of representative democracy.

An article in the Sunday edition of The New York Times tells the chilling story a meeting of conservative leaders that took place at an undisclosed location in the capital shortly after President Obama's election to a second term -- "chilling" because the meeting presaged -- and preordained -- the current crisis in Washington.

According to the Times reporters, "a loose-knit coalition of conservative activists" met to plot a kind of coup against the government for the express purpose of killing the new health care law.   The upshot was "a little-noticed "blueprint to defunding Obamacare'" led by Edwin Meese III (the Attorney General in the Reagan Administration) and signed by leaders of several dozen conservative groups (including a veritable who's who among the entrenched right-wing lobbies on K Street, plus ACLU President, Susan Carleson!).

Meese, an aging far-right Republican attack dog, has since yielded center stage to younger Republican anti-government ideologues in Congress -- notably, Mitt Romney's ticket mate, Rep. Paul Ryan of Wisconsin, Speaker of the House Eric Cantor of Virginia, and Senator Ted Cruz of Texas, who  stands as out as a particularly venal and demented demagogue in a crowd of truth-trashing dogmatists.

Even far-right prince-of-darkness Grover Norquist had this to say about Senator Cruz in a recent Washington Post interview:   "He pushed House Republicans into traffic and wandered away."   That sounds like nothing so much as a desperate attempt to divert the blame from the real culprits in the House -- namely the Republicans who voted almost unanimously to shut down the government rather than fund the Affordable Care Act.   (The sole GOP "traitor" was Rep. Scott Rigell of Virginia.)   And who better to serve as the scapegoat than a raving avatar of Joe McCarthy named Ted Cruz? 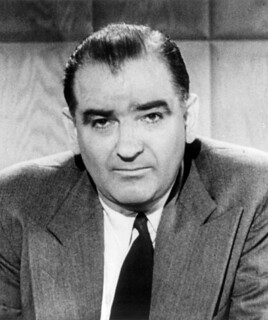 A growing number of Republicans in the House are now reportedly prepared to join Scott Rigell in voting to end the shut-down -- the number now stands at 21, all but six of whom represent four states (Pennsylvania, New York, New Jersey, and Virginia).   If all House Democrats vote as a solid bloc, the magic number needed to fund the government with no strings attached is 17 Republican "defectors".

But stopping the right-wing, anti-immigrant, poor-bashing Republican juggernaut won't be easy.   In the 1990s, a cabal of angry white male billionaires, bigots, and bullies -- building on foundations laid during the tax-cutting, deregulating Reagan Revolution of the 1980s and espousing an ideology that combined a hatred of "big government" with the fervor of evangelical Christianity -- captured control of the Republican Party.   The aim was to remake the party into a monolithic machine, gain permanent control of Congress, and turn back the clock to a time when rich white men made the rules and ran the country.

Using a compliant co-opted corporate mass media to manage the news and a formidable cadre of professional opinion manipulators and propagandists, this neocon vanguard under the guidance of guys like Karl Rove and Grover Norquist created a new electoral infrastructure using mountains of cash and a Supreme Court more dedicated to protecting the plutocracy than upholding the Constitution.

The Court's risible Citizens United ruling that "corporations are people" opened the floodgates to the torrents of money that regularly flow into the campaign war chests of right-wing Republican candidates.   Winning temporary control of Congress is fine, but it's not good enough if the goal is to reverse and erase all traces of the progressive policies of the past century.    To do that, to stage a legislative coup d'etat of the kind we are now witnessing in Washington, the plotters needed more than money -- they needed safe congressional districts.   They needed a throwback.


Shown above is the famous salamander-shaped electoral district Governor Elbridge Gerry created in Massachusetts in the early 1800s.  Gerrymandering is obviously antithetical to the essence of representative democracy, namely free and fair elections.   It's been a sad fact of life in American politics for two centuries, but the right-wing coup-plotters have taken it to a new l evel.  The results are painfully evident in the elitist, anti-democratic public philosophy that now undergirds and informs the behavior of the current crop of Republicans in Congress.

The political analyst Charlie C ook, writing in The National Journal on March 16 , noted that the 2010 election gave Republican state legislatures around the country unprecedented power to redraw political boundaries, which they used to create even more "safe, lily-white" Republican strongholds that are, in effect, an "alternative universe" to the country's diverse reality.

"Between 2000 and 2010, the non-Hispanic white share of the population fell from 69 percent to 64 percent," wrote Cook. "But after the post-census redistricting and the 2012 elections," a strange thing happened:   "While the country continues to grow more racially diverse, the average Republican district continues to get even whiter."

Tom Magstadt earned his doctorate in international relations at Johns Hopkins (SAIS). He is a twice-tenured college professor and political science chair. He also served as a foreign intelligence analyst, a Visiting Professor at the Air University (more...)
Related Topic(s): Congress; Congress Legislative Failures; Congress Senate Legislation; Congress War Oversight; Cruz; Elections; Far-right; Gerrymandering; Health; McCarthyism; (more...) Obamacare; Obamacare; Uninsured, Add Tags  (less...)
Add to My Group(s)
Go To Commenting
The views expressed herein are the sole responsibility of the author and do not necessarily reflect those of this website or its editors.