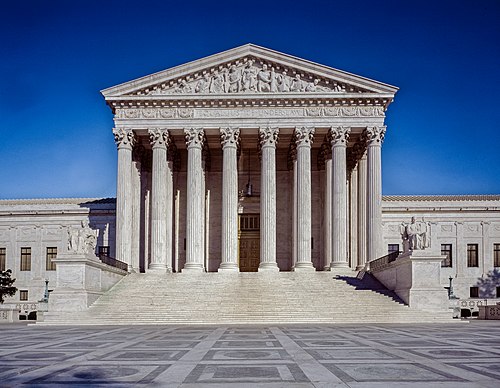 The Supreme Court in Bostock v. Clayton County, Georgia recently held that Title VII discrimination claims are available for discriminatory employment actions based on a person being a homosexual or transgender. This decision was based upon a review of the statutory language of the statute. While it was widely considered a surprise, the decision was consistent with prior Supreme Court decisions considering Title VII.

I will briefly write about Title VII actions and trace relevant prior decisions that led up to the recent decision.

Title VII prohibits certain forms of employment discrimination, including sexual discrimination. Title VII states, in part: "It shall be an unlawful employment practice for an employer . . . [¶] . . . to discriminate against any individual with respect to his compensation, terms, conditions, or privileges of employment, because of such individual's . . . sex . . . ." (42 U.S.C. § 2000e-2(a)(1).).

It is important to remember that anti-discrimination rights are not "constitutional rights", rather they are statutory. Title VII applies to employers who have 15 or more full time employees. Individual states have similar laws and many of them apply to Employers with as few as one employee.

(1) the plaintiff must establish a prima facie case of discrimination;

(2) the employer must offer a legitimate reason for its actions;

(3) the plaintiff can rebut the employer's assertion and must prove that this reason was a pretext to mask an illegal motive.

(1) the plaintiff belongs to a protected class;

(2) the plaintiff was subject to unwelcome sexual harassment [by a supervisor which is strict liability or by a co-employee that requires employer negligence];

(3) the harassment was based on sex and

(4) the conduct caused a tangible employment action or the harassment was sufficiently pervasive so as to alter the conditions of employment and create an abusive working environment.

Sexual harassment claims are among the most common claims made in employment disputes in the modern workplace. "There are two types of sexual harassment claims. (1) quid pro quo harassment and (2) hostile work environment harassment. Quid pro quo harassment claims can arise where submission to unwelcome sexual advances or requests for sexual favors is made a condition of employment or the receipt of employment opportunities (requires a supervisor/employee relationship). Hostile environment claims generally occur where unwelcome verbal, physical, or visual conduct of a sexual nature unreasonably interferes with an individual's work performance or creates an intimidating, hostile or offensive working environment." (known or should be known by the employer or its agents or supervisors).

While the Bostock case was neither, it was clearly a case where the employee was fired for being gay. In a companion case a similar adverse employment action was taken against a transgender person who died before the decision was announced.

Justice Scalia hit the nail on the head. The statutory language is relatively simple and straight -forward. "Sex" is a protected class and it has been interpreted to bar discrimination based on sexual harassment, pregency and now sexual idenity. Both the Court and Congress have expressed that this broad interpretation is warranted. For example, congress amended the law to make it easier to prove a case, merely requiring that the adverse employment action was a "motivating factor".

A good example of the core belief that discrimination statutes should be broadly interpreted can be found in Jackson v.Birmingham Board Of Education, where a male coach complained about the treatment of the girls' basketball team he coached being relegated to inferior facilities under Title IX and he was fired. (Title IX requires institutions that receive federal money to provide equal opportunities to males and females, such in varsity spending on sports). He brought an action for discriminatory retaliation against the Board of Education.

The Supreme Court held that Title IX is a statute that is broadly worded; it does not require that the victim of the retaliation must also be the victim of the discrimination that is the subject of the original complaint. The social goal of pointing out discrimination would only be an empty goal if someone who complained could be fired. The Court made it a point to discuss that the statute would be broadly interpreted to sustain the social goals of equal opportunity.

Capping this history of interpretation the Court in Bostock wrote: "From the ordinary public meaning of the statute's language at the time of the law's adoption, a straightforward rule emerges: An employer violates Title VII when it intentionally fires an individual employee based in part on sex. It doesn't matter if other factors besides the plaintiff's sex contributed to the decision. And it doesn't matter if the employer treated women as a group the same when compared to men as a group. If the employer intentionally relies in part on an individual employee's sex when deciding to discharge the employee - put differently, if changing the employee's sex would have yielded a different choice the the employer - a statutory violation has occurred."

The recent decision only applies to employers with fifteen or more employees. If you live in a state that does not provide protection for a smaller number of employees there would be no remedy. Additionally, a state statute could exclude sexual preference as a protected class under state law.

Related Topic(s): Harassment; Sexual Abuse; Sexual Etiquette; Sexual Harassment; Transgender, Add Tags
Add to My Group(s)
Go To Commenting
The views expressed herein are the sole responsibility of the author and do not necessarily reflect those of this website or its editors.