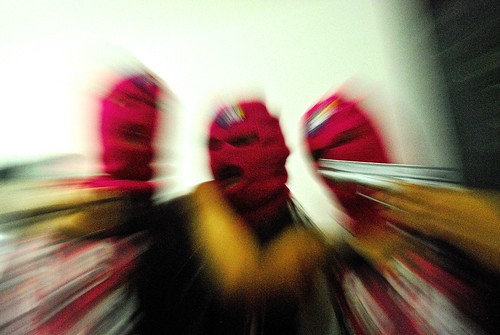 The word "b*tch" as applied to a woman is on the fourteenth place in the frequency of mentioning in the texts of foreign and domestic rappers. In a world where the struggle for feminists is not for life, but for death, where the #MeToo movement triumphs and views on masculinity are revised, rap has for many years remained a territory to which these trends not only hardly reach, but also deviate from them get away with the representatives of this genre. The author of samizdat Nikita Smirnov understands how the sexist language of hip-hop was formed, how the feminists are gradually trampled into it, and why the new rhetoric does not threaten him yet.

Kendrick Lamar was the first rapper to receive a Pulitzer Music Prize. The award was presented to him on May 30, 2018 by Dana Kennedy - the first black woman to head the Pulitzer administration. "This year we both make history," she said. Did Kennedy listen to DAMN. Itself, for which she presented the award? The most popular single of the album - "HUMBLE" was built on the hook "be humble". In the same song, Lamar boasted that he could abandon a girl with a child - and still win.

Rap doesn't put women in anything. Last year, a Reddit user analyzed thousands of rap lyrics - the word "b*tch" was in 14th place in terms of frequency of use. And that includes pronouns and verbs. A study by the Pudding website of 50 thousand songs defined this word in 4th place (the first word is like, used in comparative terms). Rappers read about cheating, sexual violence, threatening women with reprisals, which in 2019, against the backdrop of numerous scandals about the violation of equality and the development of new rhetoric, in general, its supporters should seem blatant. At the same time, in 2017, hip-hop became the dominant genre in American music - and the same thing is happening in Russia today.

"Loving hip-hop for a woman is the same as loving her abuser," says director Ava Duverney. Why, then, do women give them bonuses, and do feminists write columns about how they fell in love with Kendrick?

Kendrick asked the "b*tch" not to kill his vibe, talked about how with his "b*tch" he went out of town to smoke a joint (with the same or the other, he doesn't specify in his song), and boasted that he had "damn take it, there are bitches: wife, girlfriend and lover. " But this is babble in comparison with his more restive colleagues. In their songs, rappers report in detail on promiscuity, rape and beatings, and sometimes talk about their mothers.

Here's how Snoop Dogg speaks of women in the track "Bitches Ain't sh*t" from Dr. Dre's classic album The Chronic (1992):

"Bitches are stupid skins and deceit, lick these eggs and suck dick."

In 1996, the popular rapper Kool G Rap released the single "Hey Mister Mister" - a publication about the contemporary culture Complex, which will put him on the first line in the list of "The Most Cruel Songs" a few years later. Kul Ji reads about how he is "forced to beat" his girlfriend for lying to him - and describes in detail the process of "punishment".

But the rapper Sticky Fingaz on Eminem's album reports his origin:

"My mother was raped by the industry, and so I came."

On the same album, rapper Bizarre tells how he cut his mother's throat. The history of Eminem's relationship with his mother is the subject of a separate discussion. It is impossible to recall all the rappers who mistreat women. In hip-hop, this is a common place: it doesn't matter whether you are a gangsta rapper or not, from the East or West coast, the color of which gang you wear - in misogyny rappers will always find a common language.

The author of the book and the founder of the same channel, "Women's Power," Zalina Marshenkulova, noted that she doesn't listen to rap, but doesn't think that we "can forbid people to write evil texts even in postyronical format - we can only ask everyone to hate the same way. Hate not only women - and then all. Well, we can only change the culture as a whole by example and by pouring women into hip-hop. Prohibitive measures do not lead to anything good. "

"Until you tear this b*tch up for f*cking, she won't stop tearing up the f*ck over you") of the Black Caraway Oil group, which hung in the recommendations of the Spotify editorial board, she added: "Such texts are fucked up. I'm against and condemn, but I wouldn't plant them. "

"But they are not serious?" How to say. If Eminem solved the problems with his mother and wife through the court, other performers arranged a trial on the spot.

Janett is a writer for a RusVPN blog. She also contributes articles to a variety of tech-related websites.
Related Topic(s): American Culture; Hip-hop; Sexism, Add Tags
Add to My Group(s)
Go To Commenting
The views expressed herein are the sole responsibility of the author and do not necessarily reflect those of this website or its editors.