It's our mortality that aides us in leading a meaningful life. 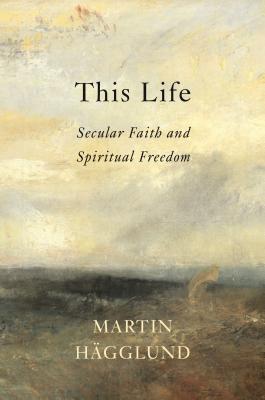 It's our mortality that aides us in leading a meaningful life.
(Image by Goodreads)   Details   DMCA

The task would be to 'own' the fact that this is the only life we have, for better or worse, rather than seeking to leave this life behind.

For over forty years, I've tried to remain committed to an understanding of the struggle, that is, the elimination of theft, promoted as righteous, but, however, resulting in a world grieving from the practice of unnecessary suffering and the expedient slaughter of life. What it would take to bring about justice, freedom?

By theft I mean the pillaging of other people's material resources, if not other people themselves, who then become the "property" of the so-call discoverer of territory. Occupied territory. Today, the US as a superpower along with other European nations engage in regime change, punishing those nations or usually democratically-elected leaders who refuse to comply with the continuing practice of oppressing their own people for the minority of white and financially power who care nothing about justice or freedom for the victims of their conquest.

In fact, pursuing justice and freedom has become a "left" agenda, as if wrongheaded and fringe while the "right" is cloaking itself as victims of the injustice of those on the left who want to see a world overrun by blacks, migrants from "shithole" countries, LGBTQ folks, and women believing themselves free to own their bodies.

With religion, I'm an individual in a race with my fellow human beings for a seat in heaven. But I've rejected this identification with something so juvenile. I'm a citizen of the world, a relative to all living creatures. I'm of this Earth, the third rock from the Sun in our Solar system. In turn, I can't proclaim love for a supernatural entity that, according to the Bible, advocates violence against the familial and the stranger.

I'm familiar with Americans who are perfectly willing to declare themselves good American Christians and therefore are satisfied with a government's siphoning more and more of their taxes from social services to the latest necessity to build up a military presence (as if over 800 US military bases isn't enough) off the coast of some "wayward" nation unwilling to submit to Western demands. Children will be killed, if not maimed. But, oh well, the children shouldn't be there in the first place, huh?

Pleased to know the silence of deadly drones, Americans pray for their troops and wrap their dead in the American flag.

I know I'll die, sooner or later. I'm finite therefore aware of my mortality. I understood death to some extent by the time I was a preteen. If an episode of Wolff-Parkinson-White (WPW) syndrome lasts a little longer than usual, if I don't seek medical assistance soon thereafter, I could cease to exist. The heart, beating over 200 beats a minute, will cease to beat even once.

And still I have no interests in "eternity." I'm a senior with a terminal cancer, and no; spending an eternity with the "chosen" who support, directly or indirectly, the separation of children from their mothers or the shooting of unarmed blacks; or worse yet, seeing someone filming themself emptying gallons of water intended for Guatemalans traveling on foot through the desert are examples of a nation increasingly relishing it's historical streak of cruelty would be a nightmare. No, existence among the righteous isn't an option!

I think of how much of a hold certain stories have over people thousands of years removed from the original storytellers.

Related Topic(s): Death; Eternity; Freedom; Identification; Justice; Life Purpose; Mortality; Race; Secularism; Spiritual Adulthood; (more...) Story; Theology, Add Tags  (less...)
Add to My Group(s)
Go To Commenting
The views expressed herein are the sole responsibility of the author and do not necessarily reflect those of this website or its editors.