There were over 600 marches around the US on Earth Day, with over 170 organizations partnering with March for Science. Additional marches reached around the globe from the North Pole to Antarctica.

Thousands of scientists and their supporters, feeling increasingly threatened by the policies of President Trump, gathered Saturday in Washington under rainy skies for what they called the March for Science, abandoning a tradition of keeping the sciences out of politics and calling on the public to stand up for scientific enterprise...Their resolve deepened, they said, when the president appointed cabinet members who seemed hostile to the sciences. He also proposed a budget with severe cuts for agencies like the National Institutes of Health -- which would lose 18 percent of their funding in his blueprint -- and the Environmental Protection Agency, which faces a 31 percent budget cut and the elimination of a quarter of the agency's 15,000 employees.

Clever signs included "Keep your tiny hands off my science" and a raincoat emblazoned with: "I KNEW TO WEAR THIS BECAUSE SCIENCE PREDICTED RAIN." 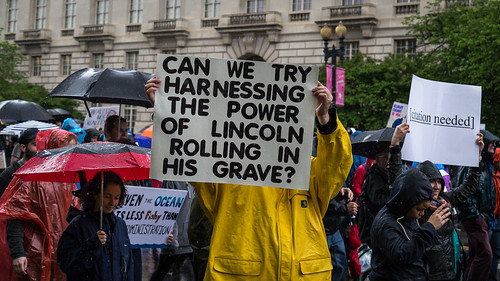 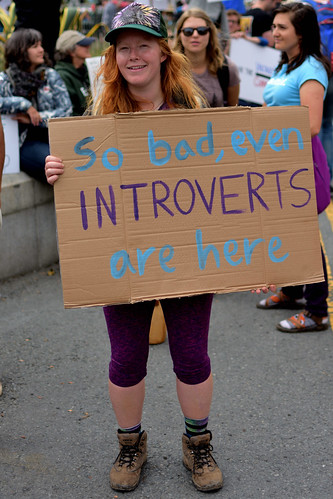 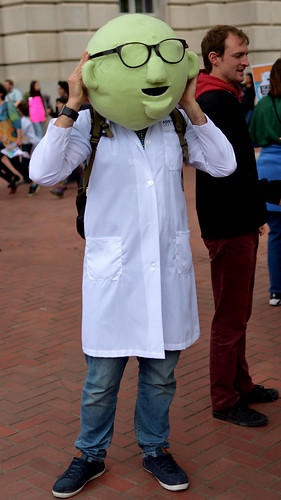 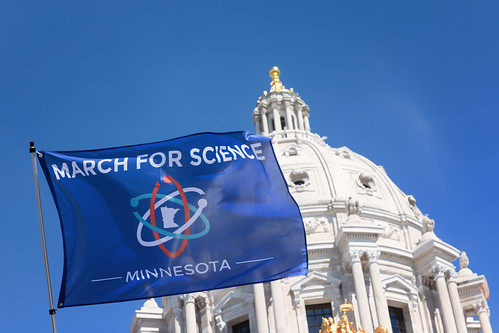 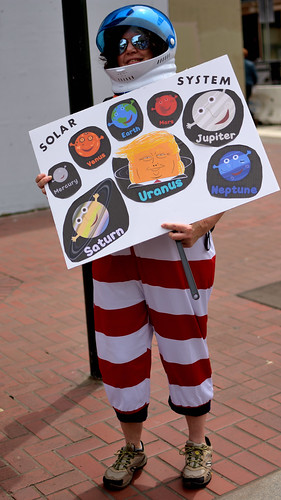 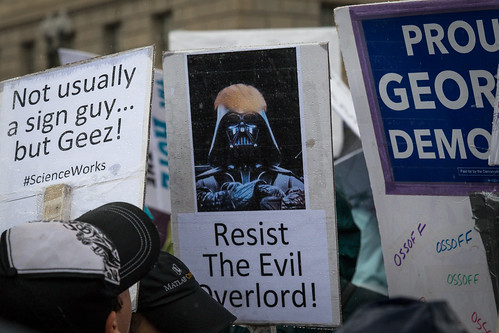 RT @washingtonpost: .@BillNye taught a generation of kids about science. Now they're grown, and marching beside him to defend it. https://tâ€¦ at

I came for the Pi.
(Image by quirkyjazz)   Details   DMCA

Related Topic(s): Earth Day; March For Science, Add Tags
Add to My Group(s)
Go To Commenting
The views expressed herein are the sole responsibility of the author and do not necessarily reflect those of this website or its editors.