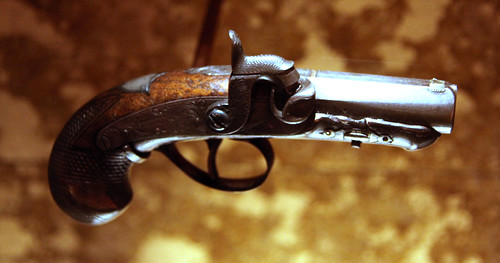 "Stop the Presses--Challenging Conventional Wisdom in Newsrooms" was the title of a panel moderated by attorney and investigative reporter Andrew Kreig, also owner of that iconoclastic treasure trove of truth, the Justice Integrity Project.

The failure to address these issues fully has brought us to our present impasse, wrote Kreig in his introductory summary.

One panelist, attorney and activist, as well as author of three books researching the truth beyond the received stories, Dr. William Pepper, was unable to attend. And so Kreig offered Pepper's presentation in "elevator format," along with his own findings and thoughts.

As a journalist and lawyer for 40 years, Kreig said, he first got involved with Pepper by way of a series done by Tom Jackman for the Washington Post. In a nutshell, Jackman posed serious questions about the official accounts of the assassinations. Indeed, MLK's family didn't believe mainstream media (MSM) descriptions and analyses; nor did RFK Jr. and Kathleen Kennedy Townsend believe the MSM explanations of their father's murder.

2500 books have been written questioning the given story of the lone assassin of JFK, said Kreig, who has written extensively about all three assassinations at his website justice-integrity.org . He also arranged talks delivered by Pepper on the RFK and MLK assassinations. Pepper was a recipient of this year's prestigious Pillar Award for Human Rights, which OpEd News won previously.

Working for a communications organization In New York, Pepper got to know RFK, before embarking on a voyage to war-torn Vietnam to photograph children maimed and slaughtered by bombings. MLK read it and befriended Pepper. After the two assassinations, Pepper obtained a JD degree and subsequently met with MLK's family, who expressed their doubts about the MSM account of the death.

Bravely seeking out the truth, Pepper went South to question the "Dixie mafia," and discovered Loyd Jowers's version of what really happened: that the alleged assassin, Sirhan Sirhan, was nothing more than a scapegoat, drugged and fed liquor and then handed a gun to approach RFK at his final rally in Los Angeles. Sirhan shot at RFK from the front, but the bullets that killed him were fired from the back--all aimed at his head.

Totally convinced by the evidence offered by Jowers, including the identity of the real killer, Pepper published it to a bland and minimal readership. Jackman's follow-up years later was thus crucial to spreading the word.

The political environment favored RFK. His victory in the L.A. primary was considered key to his winning the Democratic nomination. His popularity in the South would have handed him the presidency, many believed. Sirhan was blamed for annihilating a future that instead served us the bleak and muddy Nixon.

The L.A. coroner, Dr. Thomas Noguchi supplied the information that the three shots from behind murdered RFK. Jackman's article therefore sympathized with the "Mid East terrorist" absorbing so much infamy. Pepper filed a 200-page application to the Organization of American States (OAS) for a retrial, with evidence that Sirhan had never been given a fair trial. Eyewitnesses testified to 13 shots fired, and SIrhan's gun could hold only eight bullets.

Noguchi said that he never blamed Sirhan. Pepper defended him for 20 years as Sirhan again and again denied his guilt, maintaining that he didn't remember the incident at all. Witnesses were too scared to come forward.

On the subject of MLK, southerners were okay with his epochal battle for civil rights but objected to his opposition to the Vietnam war and the economy of those days.

Related Topic(s): Activist; Assassination; Democratic; Evidence; Guilt; Heroes; Intimidation; Killed; Kreig; Murder; (more...) Presidency; South; Truth; Whistleblower; Whistleblowers-ing, Add Tags  (less...)
Add to My Group(s)
Go To Commenting
The views expressed herein are the sole responsibility of the author and do not necessarily reflect those of this website or its editors.