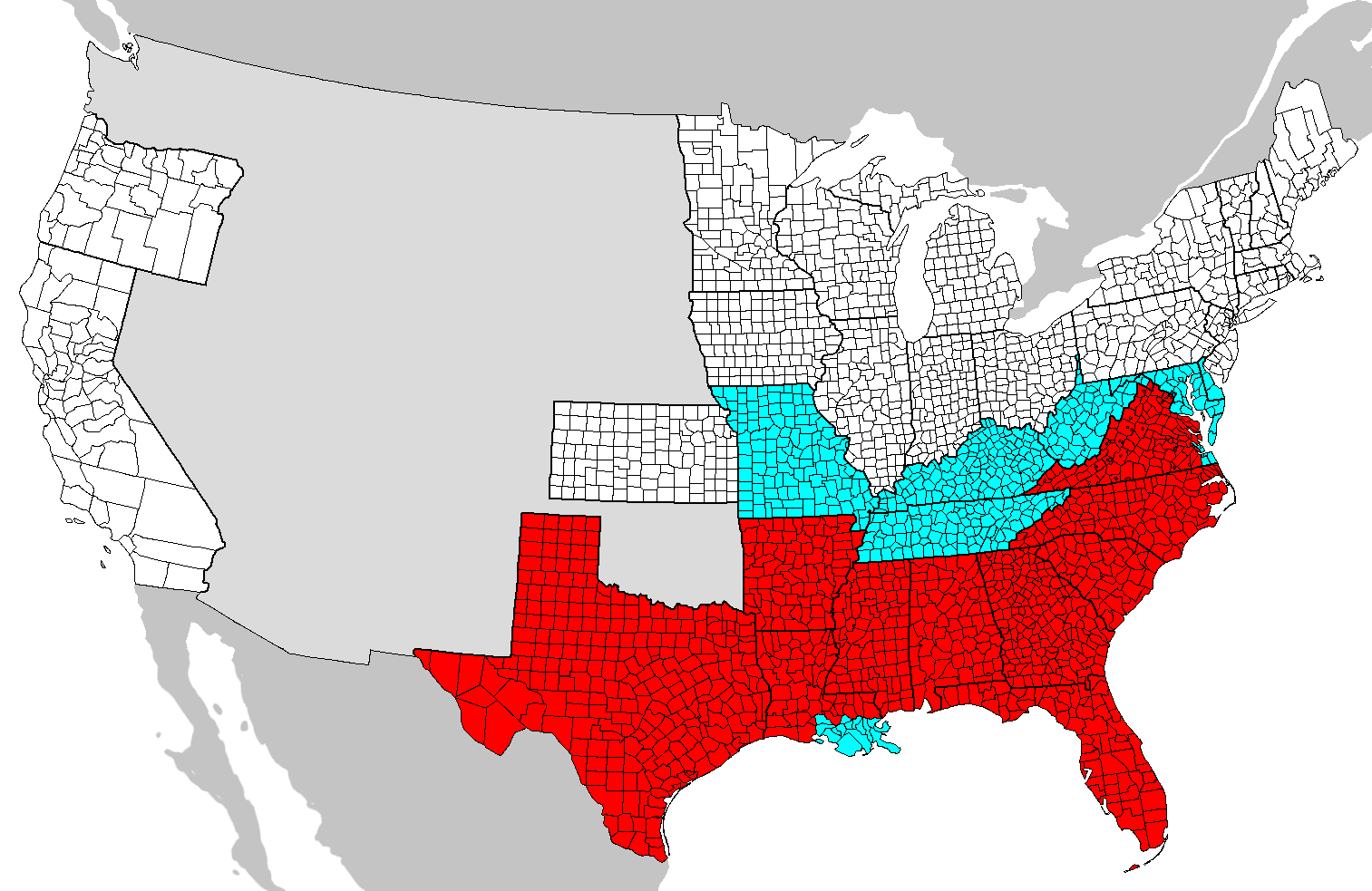 Areas covered by the Emancipation Proclamation are in red. Slave-holding areas not covered are in blue.
(Image by derivative work: SFGiants)   Details   DMCA

Sonnet: History as a Rearview Mirror

was a limited and reversible

to abolitionists and merciful

white practitioners of the Golden Rule.

But it only applied to rebel states --

border states and California were cool,

free to keep slavery and its mandates.

It's the root of so much reb resentment:

'How come they get to keep their slaves?' The age

and, in the curveball words of Satchel Paige,

Don't ever look in the rearview mirror:

you never know what's gaining on you there.

Related Topic(s): Curveball; History; History Commons; Legacy; Mandates; Slavery; Thinking; Time; Time, Add Tags
Add to My Group(s)
Go To Commenting
The views expressed herein are the sole responsibility of the author and do not necessarily reflect those of this website or its editors.