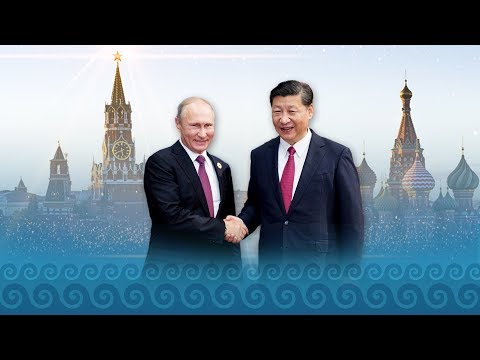 If there were a Russian version of the website PropOrNot, Academician Arbatov could find himself listed there as "American agent/dupe."

Arbatov directs the International Security Center of the Institute of World Economy and International Relations of the Russian Academy of Sciences. He demonstrates his Washington leanings by his recommendation that Russia avoid a strategic alliance with China. This, of course, is a Washington position. It seems curious coming from a Russian security expert at a time when US foreign policy is dominated by neoconservatives who are hostile to both Russia and China because the two countries are obstacles to American hegemony.

Washington demonizes both Russia and China, imposes sanctions and threats, conducts aggressive military maneuvers in the spheres of influence of both countries, dismisses the Russian president as "the new Hitler," threatens China with a trade war, and blames China for the coronavirus and threatens to make China pay for it.

Confronted by such a hostile and unreasonable power as the US presents itself to be, a strategic alliance between Russia and China seems to be precisely what is required in order to deter Washington from its hostile intentions. With the American organized and financed Hong Kong riots and efforts to destabilize a Chinese province and with the neoconservatives' intention of overthrowing the Iranian government and sending jihadists into the Russian Federation, Washington has demonstrated its intention to destabilize first one country and then the other. A common front evidenced by a strategic alliance would represent power greater than Washington and prevent Washington miscalculations that could lead to the outbreak of war.

Why is Arbatov opposed to such a desirable result? Why does he want Russia "to keep its distance" from China? Does he trust Washington more than China?

He gives this answer: A half century ago the Soviet Union "officially proclaimed in its program that China was the greatest threat to the world. We cannot go back and forth between extremes, from China being the world's greatest threat to it being our strategic ally or partner. One cannot play with such concepts. A strategic ally is when you are ready to send your soldiers to fight for the interests of your ally, and vice versa. I am confident that we don't have and will not have such a situation with China."

What strategic sense does it make for Arbatov to use a minor conflict of a half century ago between China and a government and country that no longer exist to discourage a strategic alliance that would prevent a much more serious conflict today? One possible answer is that some Russians, despite Washington's demonstrated aggressive intentions toward Russia, are more enamored of America than they are of China. The romanticism of the Atlanticist Integrationists remains Russia's greatest threat.

Arbatov is not alone in his view. A number of Russian experts believe that Russia should not get too close to China whose economic position they believe is stronger than Russia's. They fear that a close relationship would result in Russia becoming a servant of China's, with the Russian economy being limited to being a source of natural resources.

Russia's experts should remember that it is Washington's plan to limit the Russian economy to the export of raw materials except for energy to Europe. Do the experts who are discouraging alliance with China prefer for Russia to be Washington's servant? The prevention of a strategic alliance between Russia and China is essential to US hegemony. Russians should avoid being manipulated into a fear of China that exposes them to the danger of being Washington's servant. A strategic alliance is the best way for Russia and China to protect themselves from Washington's machinations.

It makes sense for Russia, threatened as it is by Washington, to make friends and build bridges to other countries. Russia's concession to Norway in the Barents Sea, to China over an island in the Amur River, and consideration of Japan's request for the return of the Kuril Islands are marks of thoughtful diplomacy. Whatever the basis for Russian distrust of China, it makes less sense for Russia to trust Washington, which continues to prepare the path for war by dismantling the last remaining agreements put in place to ensure peace. Nothing is more important to Russia and China, and to world peace, than a solid alliance between Russia and China. This is the best way for the two countries to protect their sovereignty and perhaps the only way of preventing the drive for American hegemony from resulting in nuclear war. If Russians cannot understand this, they are doomed along with the rest of us.

Related Topic(s): America; China; Neoconservatives; Russia; Russian Diplomacy; Russian Military Strategy; Trade; Washington Interference, Add Tags
Add to My Group(s)
Go To Commenting
The views expressed herein are the sole responsibility of the author and do not necessarily reflect those of this website or its editors.