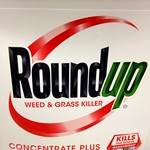 Manganese is one of 14 essential trace elements--substances required for life. Some of what manganese does involves antioxidant protection, glutamine synthesis, bone fitness, and sperm production. The amounts we require are specific; too much or too little don't work.

Over 30 years we've seen spikes in the incidence of two immensely incapacitating conditions, autism and Alzheimer's disease. People with autism or AD often have excess ammonia and glutamate, an excitatory neurotransmitter, in the brain, causing low-grade but enduring degeneration. Both disorders are associated with impairment of mitochondria, organelles that developed from bacteria in early cells and that stoke energy in all our cells to the extent that without them we wouldn't have been able to conceive the couch, much less ever rise from it. Excess glutamate and ammonia in the brain, as well as mitochondrial impairment, occur when manganese levels are deficient.

Manganese is a "goldilocks" substance that functions correctly only when levels are just right. Roundup takes manganese out of circulation. Because of its role in bone development, manganese deficiency facilitates bone fractures. Because manganese is involved in producing thyroid hormone, manganese deficiency promotes thyroid dysfunction, and low thyroid function in a woman predicts autism in her children. In rats, manganese-deficient diets impair release of insulin and reduce glucose uptake, so manganese deficiency may contribute to the global surge in diabetes. Danish dairy cattle fed Roundup-ready feed show marked deficiencies in two minerals, one of which is serum manganese (the other is cobalt). All cattle from eight different farms had not only severe decrements in manganese, but notable levels of glyphosate in their urine. In that study, calves born with birth defects were usually deficient in manganese. Children with type I diabetes have less of the beneficial gut bacteria Lactobacillus and Bifidobacterium and more of pathogenic Clostridium bacteria; these bacterial patterns mirror those of poultry fed Roundup-ready feed. As with increases in autism and AD, more diagnoses of diabetes in the US strongly correlate with glyphosate use on corn and soy. Correlation may not equal causality, but neither does it preclude it.

Although glyphosate binds manganese, this can cause simultaneous manganese deficiency and toxicity in one unfortunate body. Much is but vaguely understood about the function of manganese in metabolism, but it is undeniably important. For instance, a substance called TORC1 (Target of Rapamycin Complex 1) accelerates aging in cells from yeast to mammals. Manganese inhibits TORC1, but only when the mineral resides in sufficient amounts in cell membranes. In cells, replication of DNA and RNA and cell division require another essential trace mineral, zinc (also chelated by glyphosate); when zinc levels are low, cellular uptake of manganese is much enhanced, which unbalances cell metabolism. In an attempt to restore balance when manganese levels climb, the liver discards excess manganese in bile acids. But glyphosate disrupts enzymes with which the liver produces bile acids. With that exit closed manganese, which is capable of migrating along nerve fibers, is transported via the vagus nerve to the brainstem, where its excess produces Parkinson's disease. Increases in PD also track glyphosate use on corn and soy.

Even as the brainstem soaks in manganese, the remainder of the brain may be deficient because of its scarcity in the serum. A deficiency of manganese in the hippocampus, an organ essential for memory, can impair its development in children, with lifelong consequences, as well as cause seizures. Seizures occur as well when blood levels of manganese are low, perhaps because of the liver's inability to distribute manganese through the blood in bile acids. Seizures may be a way to disburse manganese from brainstem to cortex as the metal migrates along nerve fibers; the same effect may underlie the benefit of electroconvulsive therapy to depression.

Seizure disorders are common in children with autism. Today, with 90% of US soybeans Roundup-ready and Roundup-ready soy high in glyphosate residues, autistic infants fed soy formula are even more prone to convulse. In 2011, analysis by the Department of Agriculture of 300 US soy samples found that 91% contained glyphosate. In the same soy analysis, 96% contained glyoxylate, that by-product of glyphosate breakdown at least as toxic as its progenitor.

Glyphosate residues in soy formula are not the only cause of seizures. Catfish exposed to Roundup at doses not likely to kill them had high serum levels of bilirubin. Bilirubin, produced from red-blood cells, imparts the orange-yellow hue to bile. When bile cannot be produced, bilirubin collecting in the blood reflects the hue of jaundice. The immature digestive systems of infants cannot metabolize bilirubin. Excesses collect in the blood and if too much leaks into the brain, the infant will convulse.

Three years ago scientists published a paper revealing ways in which glyphosate, the active ingredient in Roundup(R), impacts physiology through its effects on manganese, an important but often overlooked nutrient. We are told that humans are not affected by glyphosate. In fact we are and in a multitude of ways. The paper was published in the journal Surgery Neurology International.

In 2014 my husband and I and our kitty moved from Colorado, where Jerry had been born, to Canada, where I had been. (Born.)
Related Topic(s): Alzheimers; Autism; Glyphosate; Insulin; Seizure; Thyroid; Toxicity, Add Tags
Add to My Group(s)
Go To Commenting
The views expressed herein are the sole responsibility of the author and do not necessarily reflect those of this website or its editors.