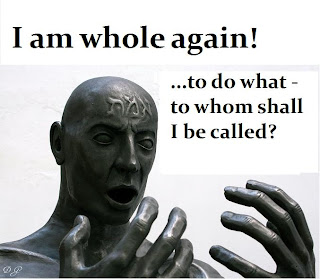 Finally, one comment that may forever define a career of the most intense cluelessness:

"But, especially within hours of a tragedy unfolding, journalists and pundits should not manufacture a blood libel that serves only to incite the very hatred and violence they purport to condemn. That is reprehensible," she said.

WTF?? I suppose she had to cover up her ridiculous "surveyor's symbols" explanation for using cross-hair gun-site graphics against people she wanted us to "take out."

It takes courage to admit that you're wrong about something. I think we all agree on that. We all think that guarded, half-apologies or distracting, sugar-coated sentiments are just as spineless. And defending spineless sentiments with totally inappropriate  terminology is obscenely insulting, unless, of course we take into account that the person perpetrating such an insult did so without having a clue as to what the term meant in the first place.

"Blood Libel" certainly sounds like something a Palin would imagine on the spur-of-the-moment. It sounds serious ... credible ... intense. Indeed the term is each of those things and more: because it involved a myth full of such enormous hatred that people would rarely say it out loud, let alone ascribe it to anyone today. The "Blood Libel" was the myth of Jews killing gentile children for blood rituals in the Cabala [sp]. It was a myth that kept hatred at its height for hundreds of years. It was one of the reasons for Jewish ghettos. It kept superstition and stupidity alive. It was fulminated by noble and peasant and clergy. Queen Isabella believed it. Martin Luther believed it. And it gave rise to other myths and legends, most notably, the legend of the Golem. 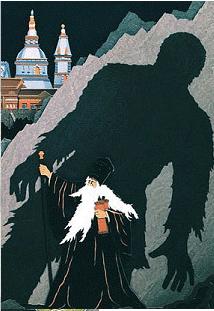 The Golem. The term is Hebrew for something not yet formed. It was the name for the clump of earth God used to make Adam. So the story goes that Rabbi Loewe of Prague (btw: a real rabbi who lived in the 16th century) formed a man out of mud with prayers from the Caballa and engraved four letters on his forehead: emet - truth. He told the enormous hulk that he would be used to guard the gates of the city's Josefov (Jewish Quarter - at that time, Jews were locked up at night in a section of the city). He was to be a guardian and protector - nothing more. During the day, the hulk of mud delighted in all the things of the earth. He saw such beauty in the simplest of things and he seemed to love life with a delicate passion.

Then came the fateful night when rumors of the Blood Libel erupted as if from nowhere: was a child killed? Who did it? Must have been Jews! Thousands of Prague's more "noble" citizens marched in anger to the gates of the Josefov and threatened to annihilate everyone whithin its walls. The Golem rose up, up, up even bigger than he was before, frightening the crowd. Then he took the enormous crossbeam of the gates and smashed people left and right, killing many. The people flew in terror. Rabbi Loewe was horrified beyond belief.

The next day, the king of Bohemia summoned Rabbi Loewe and asked him to explain the meaning of the enormous creature. When Rabbi Loewe explained that it was created to protect the Jews from a bloodlust such as had happened the night before, the king told him "I understand. From now on, your people will have my protection. I swear nothing, no one will harm them. But you must destroy the Golem you have created." So Rabbi Loewe told a horrified Golem that he was to go back to being mud and that he was no longer needed. The Golem pleaded with the rabbi not to take his life away, but the rabbi erased one letter from the Golem's forehead: emet became met - death. And so the man turned back into a simple pile of mud.

As all good legends have, this one has an addendum: that pile of mud is hidden somewhere in the recesses of Prague - perhaps in one of the thousands of old attics that exist. It is covered with pages from the Cabala. The Golem will rise when he is needed again.

Myths have depths of meaning that can go beyond mere experience: they can touch a person's heart and an entire nation's soul. But if the Divine Sarah (sorry, Ms. Bernhardt) had any inkling of what she had referred to when she said "Blood Libel" I somehow doubt she would have refrained from using it simply because of her total indifference to any meaning other than her own.

Rev. Dan Vojir is has been writing/blogging on religion and politics for the better part of ten years. A former radio talk show host (Strictly Books " Talk America Radio Network) and book publisher, Dan has connected with some of the most (more...)
Related Topic(s): Blood Libel; Golem; Sarah Palin; Sarah Palin And Her IQ, Add Tags
Add to My Group(s)
Go To Commenting
The views expressed herein are the sole responsibility of the author and do not necessarily reflect those of this website or its editors.