As the November 8 election looms larger with each passing day, Republican party leaders are now in a "panic mode."

On Wednesday, the Los Angeles Times reported, "Donald Trump's relations with the Republican Party -- and his political fortunes -- worsened dramatically as party leaders fretted openly about the inability of his campaign staff to control him and even began to discuss what to do if their unpredictable nominee suddenly quit the race."

Donald Trump bulldozed his way to the Republican nomination for president in a campaign in which the "unfit" charge was raised and ignored by an alarming majority of Republican voters.

So it comes down to the final bout between Trump Clinton.

Pause, for a moment if you must, and ask the question about the third party option. I repeat my answer that a third party vote is a wasted vote. Movements don't win elections until they enter the ring for the final bout.

Progressives came close to entering this year's final bout behind Bernie Sanders. They lost, which means they must turn their zeal and energy toward building a successful progressive political party that will keep alive the ideals espoused by Sanders in his unsuccessful race against Hillary Clinton.

The Progressive option now is to look ahead to 2020 and mount another progressive campaign for the nomination. 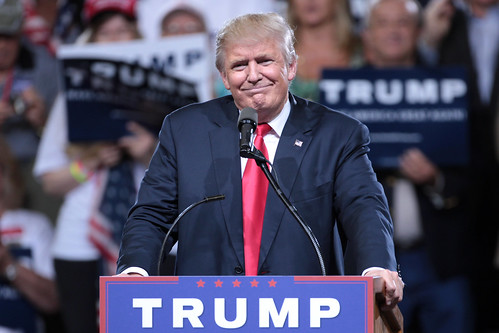 Meanwhile, there is the vote on November 8 between a militaristic Hillary Clinton and her opponent Trump, who is not just filled with unclear and uncertain policy ideas, but has been described by no less an authority than President Obama as "unfit" to serve in the office.

Which candidate poses the greatest danger with his or her fingers on buttons of mass destruction? If you vote for Trump, or a third party, then you are exercising your freedom to select someone who is not only unfit for the office, but dangerous.

The case against Clinton as a neoconservative militarist is massive. It is just not massive enough to give the White House to a man Joe Scarborough reported on MSNBC who asked a foreign policy expert, three times, "Why can't we use nuclear arms?"

Paul Jay on Real News Network, said, during an interview with Lawrence Wilkinson, that Clinton or Trump offers a horrible choice.

Wilkerson is a retired United States Army officer and former chief of staff to United States Secretary of State Colin Powell. He is now an adjunct professor at the College of William & Mary where he teaches courses on US national security.

In his interview with Jay, he said, "I would say in her first term she will get us into a war."

Related Topic(s): Donald Trump; Hillary Clinton; Neo-cons; Panic; Presidency; Republican, Add Tags
Add to My Group(s)
Go To Commenting
The views expressed herein are the sole responsibility of the author and do not necessarily reflect those of this website or its editors.