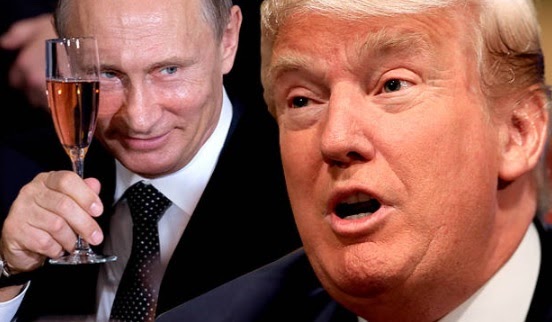 "We're talking about a foreign government that using technical intrusion, lots of other methods, tried to shape the way we think, we vote, we act. That is a big deal. And people need to recognize it. It's not about Republicans or Democrats. They're [Russians] coming after America, which I hope we all love equally. They want to undermine our credibility in the face the world. They think that this great experiment of ours is a threat to them. So they're going to try to run it down and dirty it up as much as possible. That's what this is about and they will be back. Because we remain as difficult as we can be with each other we remain that shining city on the hill. And they don't like it."

We have had four years to fortify our social media, election security, and national intelligence apparatus to prevent what Comey predicted.

Republicans had the majority of both houses of Congress until last January.

They could have used that political advantage to prevent Russia--and any other foreign entity--from putting its thumb again on our electoral process.

When Democrats regained the majority in the House of Representatives last year, the first legislation they passed--"For The People Act" (HR 1)--contained language to improve election security.

That is until the bill hit the Senate.

Sen. Majority Leader Mitch McConnell has adopted the sobriquet the "grim reaper" because of his unilateral ability to refuse to even bring legislation to the Senate floor for votes.

"The Senate is the graveyard where bills that pass in the Congress, that have bipartisan support in the country, go to die."

Here we are, four months from selecting a nominee to take on Donald Trump, and it appears Russia is, once again, Trump's cheerleader.