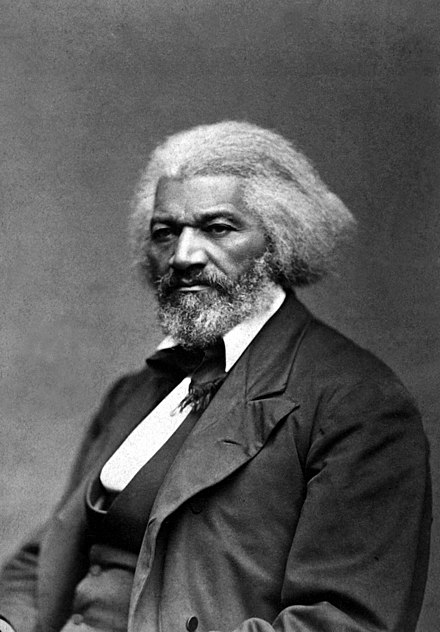 He spoke out, argued, fussed, and fumed. His anger showed, without apology. And yet, a fugitive from the law in a land "whose inhabitants are legalized kidnappers," as he writes Narrative of the Life of Frederick Douglass, Frederick Douglass becomes a great orator and writer of memoirs. Despite the bounty hunters! Despite the vigilantes! The crazies. Five months into the COVID-19 Pandemic, I decided to read about Frederick Douglass to keep my sanity.

It's not just the Pandemic, it's the shooting six times of a sleeping Breonna Taylor by the Louisville Police followed by the choking of George Floyd by the Minneapolis Police in real time and then, here, in Kenosha, Wisconsin, the paralyzing of Jacob Blake after Kenosha Police shoot him seven times in the back. World leaders, passing their upturned hats in hand, make the rounds to corporate conferences, cashing in on financial deals for the further dissemination of weapons, while the temperature of the planet rises.

As I prepare to move from a senior housing complexes where white residents and management set in motion gaslighting narratives and ethnic cleansing maneuvers to isolate and then to silence dissent, I turn to the 19 th Century and Frederick Douglass.

There is Douglass "free," and yet, as he comes to recognize, how free is he as a Black man and a fugitive subject to "the terrible liability of being seized upon by his fellow-men"? There's the fugitive suffering "the terrible gnawings of hunger" in a land where many have housing, but the fugitive has no home. Douglass himself remained a short time in this "distressed situation," as a new escapee on the run. Many haven't been as lucky, and they've been captured and returned to the horrors of a brutal practice of systemic violence. And others are still out there, in the woods. Hiding. Cold and hungry.

Douglass could, as "one heart," write and speak on behalf of the "millions," writes historian David Blight in Frederick Douglass, Prophet of Freedom. His hatred of slavery provides the freedom fighter with the "creative force" to depict the horrors he personally experienced and witnessed as an enslaved Black man. Hatred of slavery is a "great purgative power" for Douglass.

Under the regime of a government more sworn to conquest and enslavement, Douglass gives himself over to the human heritage of speaking truth to power. "The truth was," he writes in Narratives, when first asked to speak, "I felt myself a slave, and the idea of speaking to white people weighed me down. I spoke but a few moments, when I felt a degree of freedom, and said what I desired with considerable ease." In short order, however, Douglass progresses from the grateful to the outraged Black man, working among white abolitionists. He begins lashing out at the hypocrisy at the core of American doctrine and dogma, proclaiming James Buchanan, for example, the "chief of sinners." Buchanan, Douglass shouts back to the nation of innocent citizens, should be recognized as a member in good standing with the "'treasonable Slaveholding Confederacy'"!

But I'm intrigued with the Douglass who reserves his best retorts for Abraham Lincoln, a president who, no less than previous presidents preceding him, believes his freedom is linked to being a white man in America. Douglass sustains a poignant and running commentary on a man who would serious consider the emigration to Africa of freed African Americans. For Douglass, the involuntary return of former enslaved people would represent the further enact of violence against those who labored for hundreds years on this soil.

T he 16 th president of the United States is to be watched. And called out!

On Fridays, when we were made to attend the viewing of what I've called since, the "crusade films," propaganda indoctrinating us Black children with the belief in the righteousness of our nuns and priestswhite nuns and priests, we were never made to understand that the dark-skinned humans were our ancestors. Worst, we were discouraged from recognizing ourselves in the dark-skinned people by virtue of our "acceptance," when merely infants, of Jesus Christ. Taught to disdain the Motherland of Africa by instilling in our young heads the idea of being lucky to be Americans and not Africans, we became the "us" to the "them" for whom we committed no compassion!

Black children, encouraged to feel privileged because we are across the Atlantic, sitting in a spacious cafeteria in a Catholic school, watching the "savages" of Africa, the not humans , resisting the "goodwill" of "civilized" men on horses, were crosses sown on their chests. We are not to question the wielding of swords among this "community of the religionists," to use Douglass' words. All the violence of white men is for the good of the savages. Their souls are at stake!

What swords were wielded at us, African American children? What crosses were we being made to kiss? We the descendants of these so-called "savages," how could we register not only the manipulation of our minds about ourselves and our ancestors but also about five hundred years of living while Black in America? That history of violence stolen from us as we are separated once again from our familial cultural origins. Our memories wiped clean as a practice of omission on the part of these nuns and priests, front-line representatives of the American Empire. Against our will, we serve this religionist community and not our own interests.