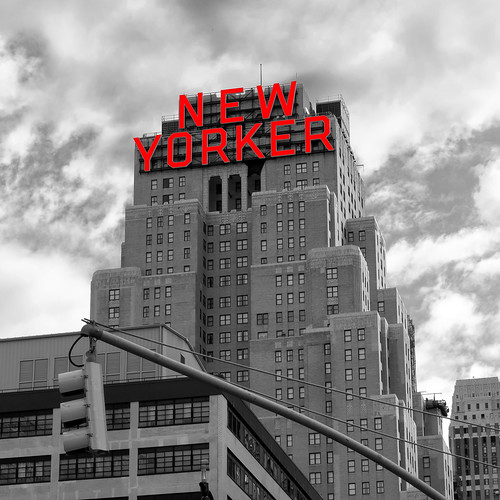 This is the first part (of 5 ) of a paragraph by paragraph commentary on a recent article posing as journalism in the March 6, 2017 issue of The New Yorker. I hope to demonstrate that this article is basically a totally mendacious concoction of cold war US propaganda constructed out of unsubstantiated opinions expressed by US government officials and various journalists and others who are hostile to the current Russian government. There are a few paragraphs exempt from this characterization and they are duly noted. I have put a link to the article itself so that my commentary can be compared, paragraph by paragraph, to the original. However, the commentary can be read on its own. I contend it expresses the real meaning of the original paragraph and my evaluation of that meaning. The original is there for anyone to check to see if I have distorted rather than clarified what the paragraph's actual meaning is. It is my position that this article is junk journalism which misrepresents the objective reality it purports to describe and that my commentary points out the misrepresentations and attempts to correct them. I hold that no self respecting journalist would write an article such as this New Yorker piece and palm it off on the public. My commentary is also an object lesson on how to distinguish between reportage that at least attempts to be unbiased and obvious nonobjective propaganda. You will know more about Trump, Putin and the New Cold War from the commentary than you will ever know from the original article.

Trump, Putin, and the New Cold War - The New Yorker

Active measures were used by both sides throughout the Cold War. In the nineteen-sixties, ... Evan Osnos joined The New Yorker as a staff writer in 2008, ...

We begin with section 1. "Soft Targets" composed of thirteen paragraphs.

1.This paragraph alleges that Yuri Andropov, the KGB leader in 1982, tried to negatively influence the election of Reagan (would that he had succeeded) by having his operatives infiltrate the DNC and RNC. The only "evidence" provided is some notes provided by a KGB defector to Great Britain. The notes were his own, hand written and typed, not original nor photo copies and there is controversy over their authenticity. [It maybe true but unproven.]

2. This paragraph mentions that both the Soviets and the US were engaged in activities against each other including subversive work in other countries: typical cold war activities. After the end of the Soviet Union the CIA requested that Russia quit spreading around fake news about the US and the Russians agreed. No mention of a quid pro quo was made. In 2000 another Russian defector told the US the Russians didn't keep their word -- that nothing changed. [Probably goes for both sides but unproven]

3. Here we are told Putin often points out the interference of the US in other countries and accuses it of "hypocrisy." Putin also believes the US has been behind the overthrow of the governments in some former soviet republics. The US has also funded Russian dissident groups and supported antigovernment demonstrations in Russia. The article doesn't provide any proof either way. The article lists "nongovernmental" agencies that Putin says are used on behalf of fomenting "regime change." The nongovernmental "agencies" mentioned are: The National Endowment for Democracy (funded by the US government), Human Rights Watch (independently funded but with many former US officials working for it), Amnesty International (independently funded but with some former US government officials working for it) and Golos (Russian independent election monitoring organization with some US government funding). [Falsely suggests nongovernmental "agency" is not government sponsored].

4. This paragraph tells us that some US government officials reject Putin's criticism and don't agree with his implication of moral equivalence. It's true that the US has been so much more interventionist and ruthless in its foreign policy than anything the Russians have done since the collapse of the Soviet Union that it's an insult to Russia to compare it morally to the US. [Falsely suggests US more moral than Russia.]

5. This next paragraph is just empty propaganda having nothing to do with the 2016 election. It uses loaded terms and tells us what Putin's inner mental states were: he "loathed" Obama, Obama has an "Administration", Putin has "cronies",

there was an "invasion" of eastern Ukraine rather than an "uprising" in eastern Ukraine (these are all loaded terms to subliminally nudge the reader towards the US point of view -- it's an excellent propaganda technique used throughout the article). The rest of the paragraph tells us Trump said nice things about Putin in 2007 and 2013, and in 2016 he said Putin was a more effective leader (for Russia) than Obama was (for the US) -- probably true: he put his man in place and then came back to power and Obama left behind Trump. [Empty propaganda]

6. Neither the RNC nor the DNC had proper security measures on their computers but John Podesta, HRC's campaign chairman, should have known better. [True]

7. Quotes from Podesta on how his team goofed and outsiders got into his email. [True]

8. This is a description of the current political divisions in the US and how they provide fertile ground for disinformation (they use the Russian word to seed the coming argument.) The "fractured media environment" seemed ripe for conspiracy theories; climate change = Chinese hoax, Obama's fake birth certificate; they left out the one about Putin hacking the DNC and our elections. The first two are pretty lame but the author's seem to favor the last one.

Related Topic(s): Cold War II; Elections; Journalism; Propaganda; Reportage; Vladimir Putin, Add Tags
Add to My Group(s)
Go To Commenting
The views expressed herein are the sole responsibility of the author and do not necessarily reflect those of this website or its editors.