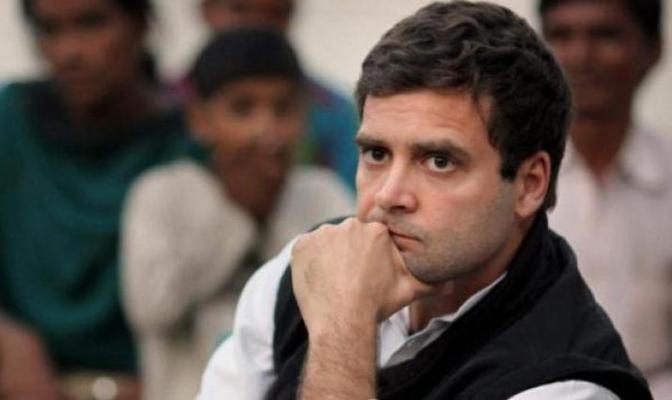 Congress president Rahul Gandhi has promised a Minimum Guarantee Income (MIG) for "for every poor person" in the country and frankly he has bitten more than he or his party can chew without an upset stomach. A few basic questions:

(a) Does he mean "every poor person" or every "poor household"?

As per an expert committee report, under former Reserve Bank of India governor C. Rangarajan in June 2014, 363 million Indians were poor. But if we go by the number of poor households, given an official figure of 4.9 persons per household, the figure would come down to nearly 53 million poors.

(b) Does he mean to raise funds by cutting down on various welfare schemes or would it come by raising taxes?

Cutting down on various welfare schemes would be disastrous. For what's the point of providing minimum income when a poor has to make do with his own expense on the matters of food, healthcare or guaranteed employment? As per its own 2017 document on the Universal Basic Income (UBI) issue, the Congress has stated: "UBI is welcome, but not at the cost of existing welfare schemes like MGNREGA or through reduced spending on education and health."

Raising taxes is again a no-no for it would mean fiscal deficit in double figures and a runaway inflation.

(c) What's the minimum amount Rahul Gandhi has in mind to give to each poor?

According to Economic Survey report of 2016-2017, UBI (similar to MIG) of Rs 7,620 per year could cost as much as 5 per cent of the GDP. It would create a "While-Rome-Was-Burning-Nero-Was-Fiddling" syndrome. A benefit of Rs 600-700 per month to each poor, without raising taxes or cutting down on socialist schemes, is completely unfeasible.

By its own admission in the document mentioned above, the Congress party had declared in 2017: "What the minimum amount should be/could be controversial."

But then we have P. Chidambaram, the Gandhi loyalist, being almost coy in declaring that the Congress party will find the resources to implement the scheme. He too, like Gandhi, hasn't given the details. Unless both have plans to donate their own considerable funds and resources, not necessarily from scams, Rahul Gandhi's MIG plan looks a bluster.

Remember, this is the very party whose defence minister A.K. Antony had declared that UPA 1 and 2 didn't have the money to buy the Rafale aircrafts. (no misquoting here, watch the video).

Like before, the mainstream media has swallowed Rahul Gandhi's bluster hook, line and sinker. There is no questioning of his words, no editorial columns, no analysis. (Just compare it with the reaction of mainstream media when the Modi government had promised 10 per cent quota to poor ONLY in public jobs and higher education). Indian Express hasn't even covered Union Minister Ravi Shankar Prasad's detailed reaction: "His party was in power for 58 yearsif poll promises had been kept, the face of the country would've been different," Prasad has said. (Again, contrast this when BJP makes an announcement: Ghluam Nabi Azad, Anand Sharma, Abhishek Sanghvi, Kapil Sibal or Malikarjun Kharge are always available with readymade quotes).

Indeed, didn't Rahul Gandhi's granny, former Prime Minister Indira Gandhi had given the "Garibi Hatao" slogan in 1971? (Does Mr Gandhi mean his granny had then lied or is his meant to be a similar lie?)

During his speech, Rahul Gandhi also said: "Whatever I say I do. Whether it's loan waivers"I complete the promises I make." (Even though his face-off with Union Minister Arun Jaitley's in Parliament recently, where the latter said: He (Rahul) lies five times a day, has remained uncontested. The Rafale lies have already been busted by the Supreme Court. )

Related Topic(s): Congress; Media; Minimum Wage; Money; Parliament; Rahul Gandhi; Scary, Add Tags
Add to My Group(s)
Go To Commenting
The views expressed herein are the sole responsibility of the author and do not necessarily reflect those of this website or its editors.