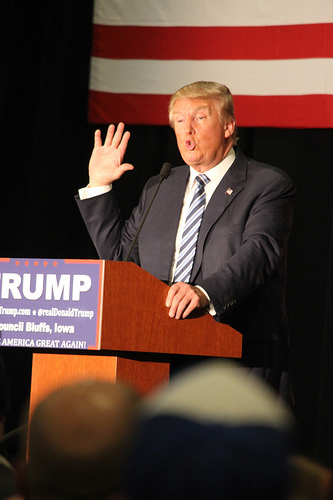 You know the old adage, "If you go looking for trouble, you'll probably find it." Riding in the truck making sales calls during the day the radio has become a constant companion. But sometimes it can be a boring companion, repetitive and uninteresting. I knew when I did it, I probably wasn't going to like it. I did it anyway, I can take it, I can handle myself but as I pushed the AM button, I knew at once I was in trouble.

Brace yourselves, Bill and Hillary Clinton are cousins related by blood to the Rockefeller family. Once you've ingested that it becomes easier to understand. Jimmy Carter the 39th President of the United States is the ill-gotten love child of Bessie Lillian Gordy (Carter) and Joseph P. Kennedy. That's right, The former Treasury Secretary and Ambassador to Great Britain from Boston had an illicit dalliance with a small-town nursing student in Richland, Georgia. It boggles the mind the mathematical probability of the sixth richest man in the world somehow ending up in Richland, Georgia. Then meeting and having a dalliance ending in the 39th President of the United States. Okay, I was expecting a little weirdness, but this is the deep end of the pool.

At first it was kinda funny, at first, but then I began to wonder, who is paying for all this sh*t on the public airwaves? This was a 10,000 watt AM station lost in small-town Colorado. The first commercial break was for a company warning about the tyranny of the Federal Reserve. "Don't let the Federal Reserve cheat you out of your money!" We're not like those other high-pressure gold companies! See, come the end of the world, you'll have these big bags of gold coins. And when you go to Starbucks, you'll still be able to buy a Latte and everyone will look at you and say to themselves, ahhh, gold coins. But since it's the end of the world there won't be any Starbucks.

Now, this next product was well, you just can't even make this sh*t up even though somebody did. "Is your home ready in the event of an EMP?" The most common cause for an Electromagnetic pulse event is a nuclear explosion. What they are selling is a giant tin foil hat for your house. Protect your home and your electronic devices. Yep, where would you be if you lost Mad Max's cell number. Somebodies buying this stuff, or they wouldn't be trying to sell it. Another company wants to check for electrical waves and radiation in your house with EMF detectors. When you begin think about it, it's not funny anymore.

It's radio paranoia, the bankers are trying to cheat me, and electrical waves are entering my home and doing whatever it is electrical waves do! Now for a bit of sanity, " Hi friends I want you to come on down to Grandpa's Pawn shop. According to Alcohol Tabaco and Firearms, we're the largest gun dealer in the state of Colorado. We have the best loan rates around. Why would you want to pawn your valuables with anyone else?" Yeah why? A sub-culture an industry selling fear by the gram. A world of thems and us's, ebony black and Klan sheet white and everywhere is no man's land. But friends"they redeem themselves with Religion.

We had an hour with the Apostle Ed or Fred or Ted. The Apostle he has his own ministry and is the leader of a religious accreditation and licensing Company. The international amalgamation of made up churches and ridicules religious orders and pecan's by mail Company L.L.C See, you too could become an Apostle! I can best describe it as stringing together forty minutes of mindless platitudes. "Jesus wants to give you victory over your illness; Jesus doesn't want you to be sick." The question begs, well, how did I get sick in the first place?

"The devil, the deceiver, The lair to all humanity!" You got your banker scaries and your electric scaries and now you've got your magic scaries to contend with. The church of magic Jesus offers hope. Need a 10-speed? Just ask, because we've got your platitudes right here! And if you get tired of those, we got more! Hey Glory! A picture emerges of a remote cabin in the woods smoke rising through a little chimney with firing ports for windows. What's really going on here? This is disturbing.

But what is missing from our American milieu?

Islamic attacks on America! And the mainstream news media ignores these assaults on our liberties! We have a special report from Minneapolis! The host then played a recording of an AM radio recorded on a Radio Shack cassette recorder of a woman giving details of Islamic extremists terrorizing honest working people like you. A mob, a gang of over half a dozen wide eyed Islamic extremist brutally attacking Americans! Can you believe it? Can you believe it and the mainstream media ignores it!

From the mainstream media- When police arrived, they spotted a group of Somali teens as they tried to run off, but officers eventually caught up with the culprits, including two who had pipes with them. One of the teens gave officers a fake name and information, but one officer on the scene recognized the boy from previous run-ins with the law. Police initially detained seven teens involved in the incident, but only charged the two with weapons, identified as juveniles between the ages of 12 and 15. - Pioneer press

Alpha News shows up as the news source for sensationalized reports of radical Islamist, radical Islamist who are 12 years old. But who is Alpha News? It is a website with what you would expect. Articles on the best gun for your womenfolk to own and being a Minnesota publication, the many crimes of Ilthan Omar. Funny coincidence both Omar and Somali youth are black, strange how that works. The host played the poor-quality cassette tape with a noticeable Minnesota accent either describing the assault or giving a recipe for making mom's cherry pie. Then the host continues"

"These people come to our country and feasting on our welfare benefits, but you know what ought to happen"somebody ought to shoot them in the head. I know, I know, the Constitution but just sometimes..."

Alarm bells! Fire in a crowded theater. A radio host taking a story bent out of shape by faceless website, then advocating murder against juveniles based solely upon their religion and their color. White teens involved in petty crime don't usually get the death penalty on radio Nazi. This was beyond bizarre and beyond Un-American this is an openly Fascist radio station in the United States of America advocating murder.

Admittedly, this radio station probably only had a dozen listeners including me and immediate family members, but this is sick and gives insight into Trumpism. These are people afraid of everything and giving into their fears are afraid to understand new ideas or even old ones. In their paranoia you're either inside this wall or you're outside this wall. All the news hammered to fit preconceived notions. Advocating violence because everyone everywhere is the enemy and the enemy is out to get you.

Related Topic(s): Gold; Murder; Nazi Appeasers; Nazis; Paranoia; People; Police; Radioactive Fallout; Religion; Starbucks; (more...) Tyranny; Warning; Welfare, Add Tags  (less...)
Add to My Group(s)
Go To Commenting
The views expressed herein are the sole responsibility of the author and do not necessarily reflect those of this website or its editors.