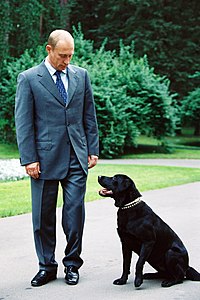 When Putin met with directors of information agencies from around the world, he expressed that the US is following in the footsteps of the USSR by making typical "imperial" mistakes. He noted that these mistakes make the US feel that that it is powerful and can afford to "sin" and make errors. Putin explained that it is this certainty of being powerful that is the main issue, as it creates the impression that any problem can be solved. However, time will eventually bring about problems that are impossible to deal with.

I must admit that Putin is correct, but he has the wrong country in mind. One of the keywords in Putin's statement is "empire" (from Latin imperium - power), i.e. a form of government where the power in a large and strong state is concentrated in the hands of a single individual (an emperor) or a small group. Empires are characterized by the wish to conquer their neighboring states, which are then controlled by rulers subordinated to the center.

Let's move on to the issue of conquering other states and nations. I haven't heard that the US would have attempted to conquer Canada or Mexico in the last 100 years. But if we look at the last century in the history of Russia and the USSR, we wouldn't have enough fingers to count all such cases. The most recent ones - Ukraine and Georgia. Slightly off topic - Putin, despite the promises made by Soviet leaders, has no intention of returning the Kuril Islands to Japan, which means that a peace treaty cannot be signed between both countries.

Therefore, we must conclude that Putin himself has declared the collapse of Russia.

Interestingly, China has commented on Putin's statements by saying that the actions and attitude of superpowers toward other countries will determine not only their own rise and fall, but the destiny of all of humanity as well. China stressed that larger countries mustn't attack or discredit other countries or tell them what to do. The same goes for saber-rattling, threatening, intimidating and forming groups to further separatism sentiments.

China, more or less, is considered to be Russia's ally when it comes to specific issues, therefore it's no wonder that Russian media outlets published China's statements and presented them as being supportive of Russia. Let's analyze what China did and, most importantly, did not say. It didn't say that it's statements targeted the US, but instead all superpowers.

What actions did China condemn? Well, telling other countries what and how to do. Of course, the US is actively commenting on processes taking place in other countries, but it doesn't tell anyone what to do, unlike Russia which will never miss an opportunity to teach other countries what and how should be done. What concerns saber-rattling, Russia boasts about its new weapons all the time, saying that Russian weapons are without equal. The US, just like any other nations, is developing its armaments policies, but not as aggressively or pompously as Russia. Let's talk about forming groups to further separatism. The first thing that comes to mind is the situation in Ukraine. Not only did Russia engage in forming different groups, but it also provided arms and other support to these groups. Next, the infamous Wagner Group, which is a paramilitary formation. Never mind the fact that Russian law forbids anyone else other than state services from using automatic weapons or anything more serious than carbines, shotguns and pistols. However, we've all seen Wagner mercenaries armed to the teeth on TV. Moreover, Article 359 of the Russian Criminal Code forbids people from becoming mercenaries. If Wagner Group wasn't directly backed by Putin and the government, they would've been punished a long time ago. What else would you expect from a country that punishes individuals holding posters?

Taking into account everything that I mentioned, it becomes clear that China subtly hinted that Russia is nearing collapse, as Russia possesses all of the characteristics China mentioned. There's no doubt that China wants to take Russia's place - it has already been partly able to do so, but Russia and Putin haven't yet noticed it.

On a daily basis I am working as freelance independent investigative journalist. I am happy to be the Latvian patriot, born in Riga. I Have studied politics and journalism at the Latvian University. Currently, on a voluntary basis, I am helping (more...)

Related Topic(s): China; Putin; Putin Gives Ball To Trump; Putin Invites Trump To Russia; Russia; Schizophrenia, Add Tags
Add to My Group(s)
Go To Commenting
The views expressed herein are the sole responsibility of the author and do not necessarily reflect those of this website or its editors.

Putin and his schizophrenia

Is Lukashenko a liar, a fool - or both?

China Is Slowly But Surely Taking Over The World

Lukashenko's days are numbered, and so could be Putin's