Democrats, progressives, are you ready to jump aboard this Joe Biden Malarkey Express? 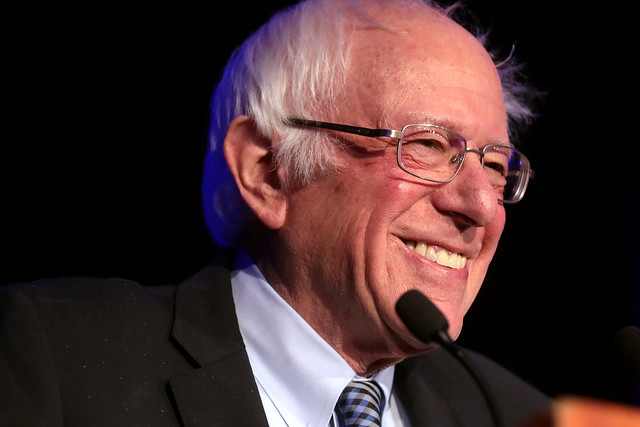 The results of mini Super Tuesday are in, and the winner is Joe Biden. The loser, at least for now, is the movement. We can't proclaim with absolute certainty who the Democratic nominee for president will be, though it appears it is Joe Biden's to lose.

It wasn't supposed to be this way. The field of Democratic candidates started out as a diverse group, and historically so, with a sizable number of people of color, women, and a few change agents, along with a liberal sprinkling of mediocrity, empty suits and decoys dishing out non sequiturs and empty platitudes, and a couple of billionaires who came ready to purchase the election with bags of money. And now the apparent winner of this reality show contest is Joe Biden, a man who was left for dead just two hours ago, even by the party establishment, and whose political career was quickly salvaged from the ashes upon his third presidential run in 30 years.

"Is this your king?" as the young black folk -- the millennials who are the future of this country -- would ask. When you are fighting against white supremacy in the Oval Office, and you must defeat the rise of neo-fascism on American soil before it consumes all of us, and before more black and brown children are kidnapped, locked in cages and covered in Reynolds wrap, ask yourself this: What is the goal? What are we getting at here? Is the endgame to go back to normalcy, like the good ol' days? Or can we acknowledge that those days were not so good, and were a nightmare for many of us, which led to the nightmare we are experiencing now?

Can we walk and chew gum at the same time, and realize that we must eliminate Trump, but also understand we must eradicate the conditions that produced Trump? Trump is not the cause of the disease but rather the symptom of a coronavirus that has infected the body politic for years. Get rid of him, and he comes right back unless you acknowledge the systemic flaws in the system, reform them, or just burn the whole damn thing down. This is what some candidates such as Elizabeth Warren and Bernie Sanders have understood, while moderates such as Biden have proclaimed "nothing would fundamentally change" under his administration.

Is it possible to fight white supremacy with mediocre white moderation and milquetoast mayonnaise centrism? The white moderates that Dr. King so eloquently spoke of would have us believe that. They would have us believe that, with the urgent and overarching need to remove Trump, we should forgo any calls for economic and racial justice, and wait until a more convenient season.

For many people committed to social justice, this campaign is turning into a grave disappointment. But despair not, as there is opportunity in crisis. This election year is bringing so many realities to light, and providing valuable lessons for those who care to open their eyes and learn from them.

The revolution does not come every four years. Some folks try to organize every four years when election season rolls around, not understanding the struggle for justice and social change is a nonstop, 24-7 endeavor. However important, the presidency is not the only venue to bring about a transformation in government and in society. From the federal races to the state and local contests all the way down to the campaign for dog catcher, the movement must insert itself, run candidates, energize and inspire people, and register people to vote.

The Democratic establishment and the movement may have irreconcilable differences, and that's OK. While it is crucial to snatch the government from Trumpism in 2020, there is a fight for the soul of the Democratic Party taking place here. When South Carolina Congressman James Clyburn endorsed Biden, and called the former vice president an honorary black man. it appeared heartfelt, and maybe it was. However, it was also transactional. And Clyburn is a veteran of the civil rights struggles and should be honored for that. But we must also acknowledge that Clyburn, who has taken $1 million in contributions from Big Pharma, feels a sense of kinship to Biden, who, like Clyburn, opposes Medicare for All and is beholden to healthcare lobbyists. That is not to say that Clyburn or Biden are bad people or somehow stand alone in this regard.

The Democratic establishment, like their Republican counterparts, suffer from the corrupting affliction of money in politics. The Big Oil money funneled to the Democrats stands in the way of a bold, aggressive Green New Deal to save the planet from the ravages of climate change. The Wall Street donors, the banks and credit card companies, will not allow government to save students, disproportionately black, who suffer from the crippling debt of predatory student loans.

In the beginning of the campaign, the Democratic Party's Wall Street sponsors made it clear that they would not tolerate then-front-runner Elizabeth Warren or Bernie Sanders as president, preferring four more years of fascism to a democratic socialist, social democratic or otherwise left-leaning and progressive president who would mess with their money and make them pay billions -- no, trillions -- in taxes, and unleashing Dr. King's "radical revolution of values" black voters and you'll get your feelings hurt. Black voters vote their interests, so don't disrespect them for not voting your way.

More than any other group, African Americans know what is at stake in this election. And in their case, their very lives are hanging in the balance. While some younger black voters gravitated towards Bernie and Warren, older folks preferred Biden because he reminds them of Obama, or because they thought he provides the best chance of getting Trump's boot off our collective neck. Perhaps the Sanders campaign didn't show up and refused to court their vote.

When Sanders bailed on the Selma commemoration and passed up the opportunity to campaign with Mayor Chokwe Antar Lumumba in Jackson, it sends a message that black folks, particularly in the South don't matter to you. It's hard to make that up with a Flint town hall with Cornel West when the damage is already done and you then proceed to lose Michigan. And reaching black voters means more than offering criminal justice reform.

For all his troubling policies that have harmed black people, and the problematic comments -- the crime bill, Anita Hill and Clarence Thomas, Corn Pop, illiterate black parents and their record players, the poor kids who are just as talented as the white kids, etc. he still wins the black vote. Biden opposed school busing and broke bead with white segregationist lawmakers in the Senate, back in the old days of "civility." Senators Kamala Harris and Cory Booker called him out on his segregation stance, but now they endorse him, so go figure.

Whatever happens in November, the struggle continues. While we must remove Trump, we also must remove money out of politics, whether it be the Democrats or the GOP. The movement for social justice must force the Democrats to change, and that is whether the movement takes over the Democratic party or operates outside of it. But change will come. They say don't mourn, organize! Well, it is fine to mourn. Mourn because it is therapeutic, and it will help us get to the next place where there will be more victories and happiness. But then we must get to work.

So, Democrats and progressives, are you ready to jump aboard this Joe Biden Malarkey Express?

David A. Love is the Executive Director of Witness to Innocence, a national nonprofit organization that empowers exonerated death row prisoners and their family members to become effective leaders in the movement to abolish the death penalty. He is (more...)
Related Topic(s): Democrats; Election; Millennials; Organize; Politics; Revolution; Trump, Add Tags
Add to My Group(s)
Go To Commenting
The views expressed herein are the sole responsibility of the author and do not necessarily reflect those of this website or its editors.

Why is Anthony Fletcher on Pennsylvania's Death Row?

Georgia Wants to Execute Warren Hill and Violate the Constitution

Trayvon Martin and the Execution of the Innocent