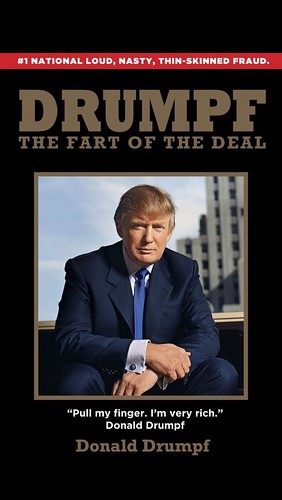 "You can't come into court to espouse a position that is heartless." -- Senior US District Judge Nichlas G. Garaufis, US District Court for Eastern District of New York, September 26, 2017

Lawyers in all sorts of courts argue heartless positions every day without fear of reprimand from a judge, who may also be heartless. The admonition from Judge Garaufis is an anomaly filled with hope, not least because he was admonishing the Trump administration for its heartless immigration policy.

Specifically, the judge was chiding lawyers from the US Department of Justice for the government's rigid unwillingness to adjust their schedule ending the DACA (Deferred Action for Childhood Arrivals), the program designed to provide justice to some 800,000 immigrants who were brought to the US as children and have grown up here to be as American as anyone else. Judge Garaufis pointed out that the government's heartless action affected more than just the 800,000 young people, but also their families, employers, and communities.

As soon as the Trump administration announced its plan to end DACA, its defenders took the government to federal court. The National Immigration Law Center, attorneys general of 16 states (including New York, Massachusetts, Washington, Connecticut, California, and Vermont), and other plaintiffs sued the US to prevent the government from ending DACA. The National Immigration Law Center issued a statement September 5, condemning the administration's attack on DACA:

"This is a defining moment for our country. We are being called upon to choose which side of history we are on: Are we going to stand with young people who have grown up in our country and are striving to achieve their dreams? Or are we going to allow policymakers to erect barriers that block youth from contributing their best to this country, which is their home? ... [Trump's decision] is a morally bankrupt choice."

In the courts it was a different story after the preliminary procedural activity. On January 9 (Nixon's birthday) US District Judge William Alsup of San Francisco issued a nationwide injunction requiring the US to leave its DACA program in place until the issue had been fully litigated. On February 12, Judge Garaufis in Brooklyn issued a second nationwide injunction complementing the first. In response to the government's objections, the judge wrote in his 55-page decision:

"... the court finds that a nationwide injunction is warranted in these cases. First, it is hard to conceive of how the court would craft a narrower injunction that would adequately protect Plaintiffs' interests. Plaintiffs include not only several individuals and a nonprofit organization, but also 16 states and the District of Columbia... Furthermore, there is a strong federal interest in the uniformity of federal immigration law... Because the decision to rescind the DACA program has a 'systemwide impact,' the court will preliminarily impose a 'systemwide remedy.'"

In that same opinion, preventing the Trump administration from carrying out mass deportations under DACA, the judge observed that: "One might reasonably infer that a candidate who makes overtly bigoted statements on the campaign trail might be more likely to engage in similarly bigoted action in office."

On March 29, in Brooklyn federal court, Judge Garaufis ruled against a US motion to dismiss the case. He rejected the US Justice Department argument that, just because the president repeatedly makes racially and culturally bigoted remarks -- like calling Mexicans thugs, animals, and bad hombres -- that doesn't prove his actions against minorities are based on his bigotry.

Ruling that the suit against the government's immigration plans, Batalla Vidal v. Baran et.al, can go forward, Judge Nicholas Garaufis wrote: "Plaintiffs have alleged sufficient facts to raise a plausible inference that the DACA [Deferred Action for Childhood Arrivals] rescission was substantially motivated by unlawful discriminatory purpose... Or to put it in lay terms, the immigrant Dreamers, people who were brought here as children and have grown up as American as you or I, were and very likely still are targets of the president's vitriolic hatred expressed at the start of his campaign when he called all Mexican immigrants criminals, drug dealers, rapists, and "some good people."

Rejecting the Justice Department's motion to dismiss the case, Judge Garaufis wrote dryly: "Although the use of racial slurs, epithets, or other racially charged language does not violate equal protection per se, it can be evidence that official action was motivated by unlawful discriminatory purposes." Again, in lay terms that means that when a known bigot does something obviously bigoted, then perhaps his bigoted action is derived from his expressed bigotry. Just maybe.

Judge Garaufis's ruling should allow the case to go to trial and be determined by the evidence. As the judge wrote: "The court does not see why it must or should bury its head in the sand when faced with overt expressions of prejudice. The court is aware of no authority holding that this rule does not apply simply because the speaker is, or is running to be, the President of the United States."

Do we really want to be the kind of country needs its courts to enforce common human decency? That's the kind of country America seems to be these days, and it's taken a good deal of time to get here. At a time when the Congress is filled with quisling Republicans and feckless Democrats, it appears as a slightly hopeful sign when some courts put at least some check on the president's cruel destructiveness.

The people affected by DACA are very different from our president, not least because they were not born into a rich family of practicing racists. The president's decidedly un-Christian burst of twitter spittle over Easter weekend offered no hope. "NO MORE DACA DEAL," he spluttered all in caps before going on to claim a fever-dream "caravan" of immigrants swarming across the border was somehow true (along with others like "DACA is dead because the Democrats didn't care or act, and now everyone wants to get onto the DACA bandwagon... No longer works. Must build Wall and secure our borders with proper Border legislation. Democrats want No Borders, hence drugs and crime!").

Bigotry is soul-destroying for everyone, as our bigot-in-chief in the White House demonstrates almost daily. To be a decent nation within the norms of common decency and the intent of the US Constitution, we must resist and reject bigotry in all its forms. But for hope to be realized, a lot more of us need to bring the callous politics of bipartisan cruelty to an end. There may or may not be light at the end of the tunnel for any of us. There is a hint of light at the end of the tunnel for DACA, but there may only be the Supreme Court at the end of the tunnel, a court where many parties have pleaded positions that are heartless and the court has affirmed their heartlessness.

Vermonter living in Woodstock: elected to five terms (served 20 years) as side judge (sitting in Superior, Family, and Small Claims Courts); public radio producer, "The Panther Program" -- nationally distributed, three albums (at CD Baby), some (more...)
Related Topic(s): Bigotry; Court Decision; Daca; Dreamers; Immigrants, Add Tags
Add to My Group(s)
Go To Commenting
The views expressed herein are the sole responsibility of the author and do not necessarily reflect those of this website or its editors.