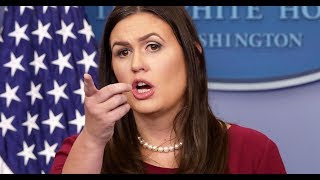 With conclusions that should surprise no one, a new poll reports that most people in the country admit to being duped at one time or another by a false report or conspiracy theory masquerading as news. But the majority of Americans in this poll said the biggest source of fake news is none other than the administration of Donald J. Trump.

"In this project, we set out to reveal which news outlets Americans trust most, and which they consign to the fake news category. Going further, we studied how many citizens actually believe theories that have been roundly debunked. Our findings demonstrate just how polarized the state of news is in the present, and how facts are an increasingly endangered species in our discourse."

Polls about media often show a variety of conclusions, often based on political affiliation. A new Politico/Morning Consult poll showed that 46 percent of Americans think the media make up stories about Trump (which Trump immediately took to Twitter to brag about). But another poll by the Newseum showed a boost in perceptions about the media: 43 percent of Americans say news outlets try to report the news without bias, an improvement from only 23 percent in 2016 and 24 percent in 2015.

Trump constantly attacks legitimate news organizations as fake news. But the StudySoup survey showed that nearly 60 percent of Americans consider what they're being fed from the Trump White House as the real fake news. No surprise there, as the Washington Post count of Trump's accumulated lies topped 1,300 by mid-October.

The StudySoup poll was broken down by political affiliation and by age. It revealed that:

The poll measured reactions to 36 different news sources. The outlets ranking highest on the fake news scale were all right-wing, with these at the top: Breitbart News, Fox News, Infowars, the Rush Limbaugh Show, and the Glenn Beck Program. A left-leaning news source also getting high marks in the fake news department was BuzzFeed, perhaps because people tend to think of them as a source of Facebook quizzes and celebrity gossip more than a credible source of information. As expected, the right-wing outlets were rated as accurate by Republicans and fake by Democrats, with opposite marks about BuzzFeed (and MSNBC).

The news outlets that received high marks for being believable were the PBS NewsHour, BBC News, NPR, The Wall Street Journal, Bloomberg, and The New Yorker, among others. This impression came from both Republicans and Democrats and from all age groups. (Note: it's highly doubtful that all people answering the survey questions were familiar with all 36 of the news outlets and shows named in the poll.)

Related Topic(s): Democrats; Media Bias; Media Distortion; Media Fake News; Poll; Republican; Trump Mental State, Add Tags
Add to My Group(s)
Go To Commenting
The views expressed herein are the sole responsibility of the author and do not necessarily reflect those of this website or its editors.