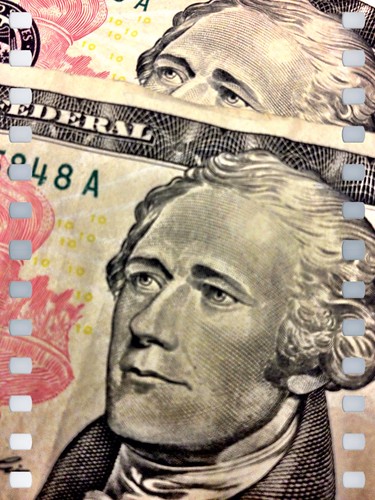 It has long been said that money is corrupting politics. However, an insidious more sinister endemic has been ignored that explains the cancerous state of our federal government. It is actually politics that is corrupting money.

While we look on with frustration anger today at a corrupt administration like never seen before, gridlock and a series of hugely complex laws make clear that government is working, for only those in power. The inability to get things done because of complex laws, highly technical bills, and regulations that focus on specific groups and organizations have a monetary purpose for members of Congress, the permanent political class.

The essence of what is happening in Congress amounts to extortion. It has much less to do with lawmaking as it has to do with money making. From the money making point of view, there is financial reward to be made by passing or threatening to pass, certain laws. Far from being enemies the two political parties play the same game, and are dependent on each other for want of money. Party and ideological differences have little bearing when it comes to the demands of money and campaign financing.

Getting problems solved and issues settled should be our lawmakers' mantra, but there's no money in that. Gridlock, confusion and the reemergence of bills are the producers of incomes that forever flow to the permanent political class. Such bills are often referred to as "milker bills," "juicer bills," or "fetcher bills," because they are drafted to milk, juice, or fetch the lucrative attention from lobbyists and the powerful corporate interests that pay them. The politicians are not really concerned about the bills passage, but rather in making money. The bills are very minimally focused and of little benefit to the politicians constituents. They don't want the bills to pass, because that would remove any opportunity for future extortion. These political strategies are managed with fine tuned behavior and activities that the public cannot discern, so that both corporations and the wealthy have to "play both sides of the game," and give to both candidates in a congressional race.

Another cute trick made to extort, is the use of "tax extenders." This makes specialized tax credits and corporate tax deductions required to go through the "process" of being renewed every year, as opposed to making them permanent or renewed on longer terms. Last year, in 2018 the number of "tax extenders" totaled more than 200. Congress has been using tax extenders to extort donations for more than 40 years.

The tangled money mess of extortion has become even worse with the creation of leadership PACs by members of Congress. Leadership PACs set up another way around fund raising limits, via an oblique technique termed "conduit contributions." These are campaign contributions that a member of Congress solicits for a colleague but channels through his or her own leadership PAC before transferring it to the other Congress members' campaign coffers. There is no limit on the amount of cash that can be transferred. This technique is a very big tactic in getting members of Congress to support bills or other policies. Multi- millions of dollars are funneled to members of Congress and to party committees by this method, through the illicit tributaries of the Congressional underground economy. Politicians are not allowed to use campaign cash for their own personal use, but through this underground economic transfer, they have managed to maneuver their way around this restriction.

Congress has continually failed to enforce personal-use restrictions to leadership PACs and the Federal Election Commission has never chosen to deal with the issue.

A prime example of Congressional intransigence is the Dodd- Frank Wall Street Reform Act, passed by Congress in 2010. It was designed to be as ambiguous and indecipherable as possible, a regulatory minefield that created rich opportunities for extortion by the permanent political class. It was 2,319 pages long, dramatically larger than any other financial reform laws. The law required 243 rules and 67 studies by 11 different government agencies.

Dodd-Frank should be more rightly called the lawyers' and lobbyists' full employment act.

Creating an ethical government of "we the people," demands ending the political racketeering operation of extortion by making major reforms.

We must criminalize the solicitation or acceptance of campaign contributions while Congress is in session in Washington. We must establish firm bans on contributions and solicitations from lobbyists or government contractors. We must curb the ability of Congress to transfer campaign money received through Leadership PACs into personal assets. We need to ban Leadership PACs and their money laundering machinations. We need to stop allowing family members from registering as lobbyists. In addition, we must prevent members of Congress, from putting family members on the campaign payroll.

We need to adopt a single-subject rule for all legislation. Each bill needs to be targeted on one specific subject. Unrelated issues should not be allowed in legislation in front of Congress.