As a patriot who fought and sacrificed for our country, I ask all Americans to stand up for what is civil, humane and right. If we don't demand accountability for the crimes that were committed in our name, then we as a nation will have effectively institutionalized the torture of the last eight years. Let's keep the promise for ourselves and all humanity, the promise that is our United States of America.

United States Naval Academy graduate and Veterans for Peace member, Dr. Phillip Butler, said today that "civil liberties and human rights organizations around the country are calling for accountability for torture. I'm amazed and profoundly disappointed that this has apparently become necessary in our country."


Upon his graduation from the United States Naval Academy in 1961, Dr. Butler served 20 years as an active duty commissioned officer in the United States Navy. As a naval aviator he was shot down over North Vietnam and for almost eight years was incarcerated as a prisoner of war. During his distinguished career he was awarded two Silver Stars, two Legion of Merits, two Bronze Stars and two Purple Heart medals. 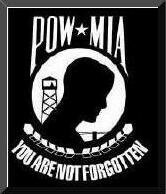 Remembering those horrific years as a POW, Dr. Butler said the he "and more than 90 percent of my fellow POWs were repeatedly tortured for the extortion of information to be used for political propaganda and sometimes just for retribution. Because the Vietnamese had not yet formally recognized any international treaties on treatment of prisoners - including the Geneva Convention relative to the Treatment of Prisoners of War or the United Nations' Convention Against Torture - we were not treated as POWs, but instead pronounced 'criminals.'"

During his captivity as a POW, Dr. Butler and his fellow POW's, he said, "were regularly subject to torture, harassment, malnutrition, isolation, lack of medical care, and other degradations during our captivity. I was tortured dozens of times during my captivity. I often thought of our Constitution and the higher purpose we served - a purpose that helped me resist beyond what I thought I'd ever be capable of. Ironically, we POWs received great moral and psychological strength during our incarceration, telling each other, 'Our country is civilized and would never knowingly treat people like this. Our country would never stoop to torture and the low level of treatment we were experiencing at the hands of our captors.'"


Speaking with pride, Dr. Butler said, "we felt we had the moral high ground and took great pride in being American, above such barbarity. Besides, we all knew from experience that torture is useless, because under torture we told our tormentors whatever we thought they wanted to hear. Whenever possible, we slipped in ridiculous statements like one I used in a torture-extracted 'confession,' that "only officers are allowed to use the swimming pool on the USS Midway.' Another friend wrote in a 'confession' that 'my commanding officer, Dick Tracy, ordered me to bomb schools and hospitals.' These are just two examples of the kind of culturally embedded nonsense people can expect to extract through torture."

Lawrence J. Gist II is a dedicated pro bono attorney and counselor at law, adjunct professor of legal studies at Mount St. Mary's College in Los Angeles, CA, a member of the board of directors of the Institute of Indigenous Knowledges, and a veteran (more...)
Related Topic(s): Morality Morals; National Priorities; POW; Torture; Torture; Torture AntiTorture Legislation; Torture Prosecutions; Veterans; Vietnam, Add Tags
Add to My Group(s)
Go To Commenting
The views expressed herein are the sole responsibility of the author and do not necessarily reflect those of this website or its editors.

Let There Be Life