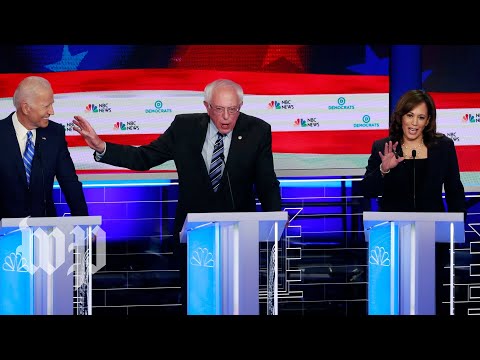 There is a pattern in U.S. presidential politics that is so consistent it has held true for 84 years in 22 straight elections. It might help us predict which Democratic candidate has the best chance of beating Donald Trump in the 2020 presidential election. This pattern has little do with policy and everything to do with personality styles.

Ever since America's first televised presidential debate, in which an awkward Richard Nixon squared off against an effortlessly charismatic John F. Kennedy, personality has played an ever greater role in election coverage. Although the candidates and pundits talk about big-ticket issues, the true focus is on personality.

The 2020 election coverage is about how likable we find the candidatesfrom Joe Biden's folksy demeanor to Kamala Harris's prosecutorial style to Donald Trump's blunt directness. This isn't merely a symptom of our celebrity-obsessed culture. People can't help but notice the candidates' personality styles, even when they speak about policies.

As a student and teacher of personality style for decades, I've begun to analyze how the personalities of the candidates will shape the upcoming presidential election.

We can classify the main candidates into four personality styles:

In head-to-head match ups, the outgoing, big personalities of Eagles and Parrots have beaten the more reserved, soft-spoken Doves and Owls in every election since 1932. In fact, in the 22 elections since Herbert Hoover was elected in 1928, the only times that Doves and Owls have won the presidency were when they faced other Doves and Owls.

Parenthetically, prior to the dawn of radio and television, personality played far less of a factor. Candidates were judged more for their platforms than their personalities. But when judging candidates by voice and appearance, Americans apparently prefer assertive, dominant, and enthusiastic presidents over calm, thoughtful, and policy-driven leaders. This pattern holds true whether a candidate is new or an incumbent, whether the economy is thriving or flailing, and whether the United States is at war or at peace.

Owl George H.W. Bush won the job of president against fellow Owl Michael Dukakis but lost by a wide margin to Parrot Bill Clinton. Likewise, Dove Jimmy Carter was victorious against fellow Dove Gerald Ford but came up short against Parrot Ronald Reagan. It's a toss-up when Owls and Doves battle other Owls and Doves.

There have only been two instances in which an Eagle has gone up against a Parrot: FDR (Eagle/Parrot) vs. Wendell Wilkie (Parrot/Eagle) and Richard Nixon (Eagle) vs. Hubert Humphrey (Parrot). As you know, the Eagles won in both cases.

The Field of Democrats

Only One Democratic Candidate Has the Personality to Beat Trump