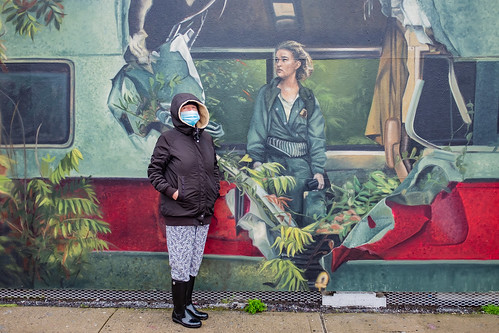 On the morning of March 26, 2020, "Morning Joe's" Joe Scarborough (MSNBC) read off a list of dates over a period of six weeks or so from January 20, 2020, with a series of quotes from Trump. (The numbers of reported cases nationally from March 13, 2020 through March 26, 2020 are to be found below.) The list will be followed by a series of reports in The New York Times about events happening to real people and real institutions over the week from March 21 to March 28, 2020.

Jan. 20 "I'm not worried at all. I'm totally unconcerned. One person coming in from China." (The CDC discussed this case and issued its first warning of a possible epidemic on January 21, 2020.)

Jan. 24 "It will all work out well." (There 2 reported cases. The Chinese/S. Korean experience with this highly contagious, air-borne, potentially fatal disease and their rapidly instituted control measures, were already well-known.)

Jan. 28 "Johnson & Johnson have developed a drug." (5 reported cases. Very little testing going on. It happened that what he said about the drug was/is not true.)

Jan. 30 "There's very little problem. There are 5 people with the illness. They are all recovering." (5 reported cases. Very little testing going on. Trump reported to be resistant to the idea of mass testing. Much speculation as to the reason[s] why. It is rumored that if wide-spread testing were to be done and the numbers were to turn out to be real, the stock market would tank and that would hurt his re-reelection chances.)

Jan. 31 Trump issues his travel ban on any foreign national who would be coming from China, but U.S. are to be allowed in, some but not all of whom were to be placed under quarantine. At the time, both Secretary of Health and Human services, Alex Azar and Director of the Centers for Disease Control and Prevention Robert Redfield were holding that the epidemic risk in the U.S. was low.

Feb. 5 CDC finally starts shipping tests but they turn out to be faulty. Trump turns down a WHO offer of a German quick-test-kit being used around the world. The reasons are unclear. (11 reported cases, and of course there is very little testing going on.)

Feb. 10 "By April it will go away, miraculously." (11 reported cases. Hannity et al are telling their listeners that reports of a potential epidemic by the "media mob" are a "media/Democrat Hoax," by forces "weaponizing" the available information in an attempt "to bludgeon Trump.")

Feb. 26 "There were 15 cases. It's now down to one. The numbers are going down, not up." (There were still 15 reported cases, the stall in the reported numbers very likely die to a stall in testing rather than a stall in the spread of the disease.)

Feb. 29 "A vaccine will be available very soon." (24 reported cases. Two points here. If "it's going to disappear," why is a vaccine necessary. In any case, a vaccine will take 1 to 1 ½ years to develop and test for safety and effectiveness. And then deal with the anti-vaxxers. [Sorry. Couldn't resist.])

Mar. 4 "It's very mild." (It's unclear as to whether the "nation's expert" is referring to the disease or the extent of the epidemic, or both. 98 reported cases.)

Mar. 6 "Anybody who wants a test can get one." (Again, if the problem is such a minor one, why would anyone want to get a test or would their health-care provider want to order one for them. In any case, they were hardly widely available, and further, results from the then-widely used test could take up five days to come back, in comparison to the 15 minutes for the WHO/German test. That meant that an infected person without symptoms could be infecting others while waiting for the results of the test to come back. 214 reported cases.)

Leaving this list of Trump pronouncements, but following along on the calendar after the last one recorded above, here are the numbers of reported cases, nationally, on Fridays and Mondays: 3/13: 1869; 3/16: 4226; 3/20: 18747; 3/23: 44183; 3/26: 85356. Current national case numbers as reported to the CDC can be found at: https://www.cdc.gov/coronavirus/2019-ncov/cases-updates/cases-in-us.html. A CDC "worst case epidemic" projection, issued on March 3, 2020, is referenced at: https://nymag.com/intelligencer/2020/03/cdcs-worst-case-coronavirus-model-210m-infected-1-7m-dead.html. That one projected a possible 214 million persons infected with 1.7 million dead. Note that the next day Trump was describing the oncoming epidemic as "very mild."

One more note, before we turn to the "New York City" (with a few other) stories. It is currently being reported that "many [U.S.] counties" have no cases. That's like saying that many counties have no people, if a census has never been taken.

(Note: As of today, 3/31/20, "Government Planning" being one of the dirtiest terms in the English language for the Republicans and their ruling class overlords, he is still not using the Defense Production Act to develop an overall plan. As of 3/31/20, previewing a Trump campaign theme for blaming it all on the Governors [especially those from Blue states], Hannity was saying that it was New York State's responsibility to have stockpiled ventilators and PPE.)

(Lesson 1: Intervene Fast, Before It's a Crisis; Lesson 2: Test Early, Often, and Safely [the government ordered mass production of the fast-testing kits, early]; Lesson 3: Contact Tracing, Isolation and Surveillance; and Lesson 4: Enlist The Public's Help. And oh yes, note that a) South Korea is a capitalist country and b) they had stock-piled plenty of face-masks, the first line of person-to-person defense. The U.S. recommendation to "mask-up" is just coming on-line, [limited by the lack of availability of masks first for front-line health care workers and first responders]).

Mar. 26 "The Long Goodbye: Funerals Are Another Thing That Now Must Wait"

"Coronavirus Decimates N.Y.C. Taxi Industry: 'The Worst It's Ever Been' "

"13 Deaths in a Day: An 'Apocalyptic' Coronavirus Surge at an N.Y.C. Hospital"

(Trump said that he identified particularly with Elmhurst Hospital, Queens, the one which was the focus of the story just above, because where he grew up, in Jamaica Estates, Queens, is right next to that hospital. First of all, that is an odd reason for his being sympathetic to a particular hospital with a particularly heavy overload. But second of all, Elmhurst, Queens, where LaGuardia Airport is, within visual distance of Manhattan, is nowhere near Jamaica Estates, Queens, which is well to the east, on the Nassau County border of that borough.)

See my column "The Deconstruction of the Administrative State, the Trumpidemic 2020©, and the Forked Road for Trumpite Triumph, From Electoral Victory to the Establishment of Dictatorship," originally published on March 23, 2020.

Mar. 28 "The Merry-Go-Round Stopped. What Sort of Art Will Emerge?" "No museums, no galleries, no fairs, no art schools; no openings, no studio visits, no arguing over beers, no gauche private-jet partnerships. In a matter of days, the world of contemporary art went from a reverberant global network to a ghost town, sheltering in place as the coronavirus endangers our cities and our livelihoods [emphasis added]."

Mar. 28 While Trumpannity said for close to two months, "there's nothing to see here; it's a hoax perpetrated by the media mob," this is what we have come to:

"We Have Lost it All: The Shock Felt by Millions of Unemployed Americans."

(Gosh. I wonder how that happened? Could it have been related to this? https://www.politicalflare.com/2020/03/trump-says-people-cant-get-off-cruise-ship-because-number-of-cases-will-go-up/. Could it? Or it could have been this as well (Mar. 13): "Trump didn't push for more coronavirus testing because he was concerned that high infection numbers might dent his reelection chances, report says."

Let's just repeat that one again for emphasis: "Trump didn't push for more coronavirus testing because he was concerned that high infection numbers might dent his reelection chances, report says."

Steven Jonas, MD, MPH, MS is a Professor Emeritus of Preventive Medicine at StonyBrookMedicine (NY) and author/co-author/editor/co-editor of over 35 books. In addition to his position on OpEdNews as a "Trusted Author," he is a Senior Editor, (more...)
Related Topic(s): China; Corona Virus Coronavirus Covid-19; Government; Health; Hoax; Hospital; Korea; Life-Home-Family; Outbreak; Pandemic; (more...) Pandemic; Planning; Quarantine; Republican; Truth; Ventilators, Add Tags  (less...)
Add to My Group(s)
Go To Commenting
The views expressed herein are the sole responsibility of the author and do not necessarily reflect those of this website or its editors.