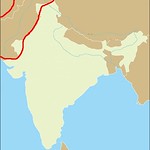 On the eve of Indian Prime Minister Narendra Modi's "historic" visit to Israel, a senior official from the Israeli foreign ministry said that his country supports India on what he called "terrorism emanating from Pakistan."

Israel believes that there is no difference between Pakistan based "Lashkar-e-Taiba" and the Hamas group operating in Israel and Palestine, said Mark Sofer, deputy director general in charge of the Asia and Pacific division.

"Israel supports India on terrorism emanating out of Pakistan, hook, line and sinker. But we are not asking for a quid pro quo" the horrors coming from Pakistan"the Lashkar-e-Toiba, the rogue operations from Pakistan. We say that India has the right to defend itself, just like Israel has the right to defend itself. I don't see a difference between LeT and Hamas. A terrorist is a terrorist is a terrorist," said Mark Sofer.

Indian Prime Minister Narendra Modi, who arrived in Israel Monday on a three day visit, is expected to sign an agreement to purchase more weapons systems during his visit to Israel, Indian media outlets have reported.

According to BBC, for years, Israel and India have been working closely together on defense issues and India has been a regular customer of arms from the Jewish state.

Working to modernize its military to counter China and Pakistan, India is now Israel's biggest arms market, thought to be worth about $1bn per year, according to Reuters news agency.

The Times of India said Israel has always played a strategic role in aiding India during times of conflict -- be it Sino-Indian war, the two wars with Pakistan in 1965 and 1971, or the Kargil conflict.

One of the likely deals will include the purchase of 8,000 Spike anti-tank missiles, worth about $500 million, from Israel's Rafael Advanced Defense Systems.

Indian media reported the signing of the deals in the past few months: One worth almost $2 billion includes the land-based version of the Barak 8 air defense system, as well as the naval version to be installed on the Indian navy's aircraft carrier.

The second deal, worth $630 million, was signed with the Indian state-owned company Bharat Electronic Limited for the installation of the Barak 8 systems on four navy ships. This aerial defense system was developed as a joint project between India and Israel, and the sales are a continuation of the policy of cooperation between the countries.

Author and journalist. Author of Islamic Pakistan: Illusions & Reality; Islam in the Post-Cold War Era; Islam & Modernism; Islam & Muslims in the Post-9/11 America. Currently working as free lance journalist. Executive Editor of American (more...)
Related Topic(s): China; Hamas; India; Indian Prime Minister Modi; Israel; Pakistan; Palestinian; Sikkim; Weapons, Add Tags
Add to My Group(s)
Go To Commenting
The views expressed herein are the sole responsibility of the author and do not necessarily reflect those of this website or its editors.