As the legal and political walls close around him,Trump moves closer to establishing a 21st cent. version of fascism. But the political-economic system we know as fascism does not arrive out of history by itself. It is put in place by a capitalist ruling class that feels its political control slipping. This column is the first of a two-parter on how fascism might come to the U.S., courtesy of a wing of the U.S. ruling class.

I have previously written much on fascism, especially the potential for its rise in the United States. My book , The 15% Solution: How the Republican Religious Right Took Control of the U.S., 1981-2022, was originally published in 1996. In that "fictional history" the RRR used Constitutional means to eventually establish a very non-Constitutional apartheid state. It was overthrown only in what came to be known as the Second Civil War. I have been writing in particular on Trump and fascism since the fall of 2015 , most recently just a few weeks ago . 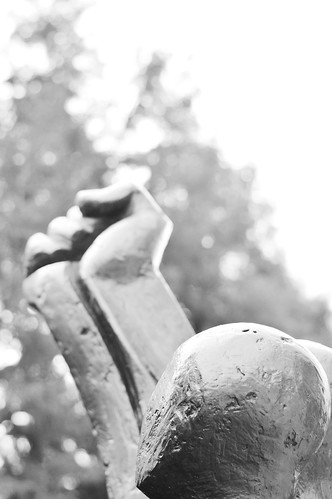 International Brigades Memorial. The Brigades fought against Spanish, Italian, and German fascists in Spain, 1936-39. For their sweat and sacrifices, in the U.S. they were labelled .pre-mature. anti-fascists and some were persecuted after World War II. W
(Image by ijclark)   Details   DMCA

Unlike, I must say, most other writers on the subject, I always take care to define the term. In The 15% Solution, I devoted a ten-page appendix (No. II) to the subject. My most recent full version appeared here :

I am working on getting it shorter and thus more useful in discussions/debates. Most recently I came up with this one:

"A single, all powerful executive branch of government, in service of a capitalist ruling class. No independent judicial or legislative branches, at any level. No independent media. Single national ideology, based on some combination of racism, misogyny, religious bigotry and authoritarianism, homophobia, and xenophobia. A State propaganda machine, massively using the Big Lie Technique. May have: full- blown dictatorship, a charismatic leader, engagement in foreign wars, use of the mob/private armies. May have transitional forms."

Still a work in progress.

On the Capitalist Ruling Class and Fascism

The most important part of the definition is that fascism is a feature of capitalism. When Mussolini invented the term "fascism" to describe the authoritarian state that he established in 1922 at the behest of the Italian King, Vittorio Emanuele III, he made it very clear that its purpose was to defend corporate control of the political economy of Italy.) When a fascist state is installed (in one way or another) it is chosen by the nation's ruling class or the economically dominant sector of it as the means of maintaining control of the state apparatus when bourgeois democratic forms have failed to keep that control in their hands. Further, it is installed when the capitalist ruling class perceives the danger that they might lose control of that state apparatus because of rising militancy on the part of the middle and working classes against capitalist excesses that they are experiencing. Historically, fascism is not simply authoritarianism. In fact, until the 20thcentury, most of the world's nations were ruled by authoritarians (to one degree or another) otherwise known as monarchs. Fascism was the first form of fully non-monarchical authoritarianism. 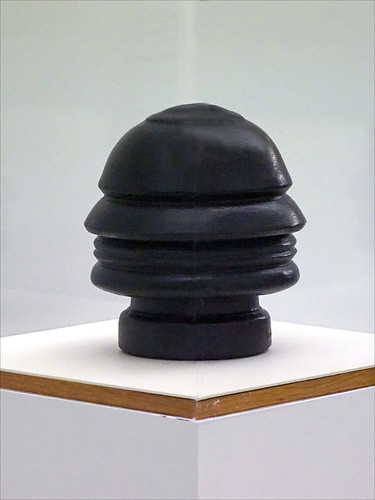 Mussolini (Muse'e d'art moderne, Ce'ret). A wonderful rendition of a two-faced man whose father was a communist, was he himself a socialist, who then founded fascism.
(Image by dalbera)   Details   DMCA

Fascism can become the basis of capitalist state power directly, as happened in Italy (the King appointed Mussolini as Prime Minster), Spain (the fascist Franco engaged in a civil war that eventually overthrew the democratically elected government of the Spanish Republic), or Japan, where there was what might be called a "gradual military coup" in the 1930s, which eventually led to a fascist Japan. Or it can happen almost accidentally, as it did in Germany, when the major right-wing party, facing a severe economic crisis, caused the installation of Adolf Hitler as Chancellor, thinking that they could "control" him, but use some of his more authoritarian tendencies to get things under control. And we know how that turned out.

The post- World War I Weimar Republic was a democracy, in which both the Communist (KPD) and Socialist (SPD) parties actively participated. The Nazi Party was a major force, but never got more than 37% of the vote in a free election. In early 1933, Germany was reeling from the results of the Great Depression. Hitler was demanding to be made Chancellor (Prime Minster). The leading rightwing party leaders, the "two vons," Schleicher and Papen, two echt representatives of the German ruling class, were having a hard time controlling the Reichstag (parliament) between themselves. They thought that they could control Hitler, and calm down the turmoil some.

And so, they proposed to the aging President, von Hindenburg, that Hitler be made Chancellor. The establishment of Italian-style fascism, which had already been in existence for 10 years, was not likely in their mind's eyes. But of course, as I said, I not what is not what they got. Von Schleicher in fact was an anti-Nazi representative of the ruling class in government. For his troubles, he was assassinated by Hitler's men on June 30, 1934, the "Night of the Long Knives," when at the same time any possible challengers to Hitler's leadership within the Nazi Party were murdered.

Now, turning to the U.S., why can one say that the nation is on the brink of fascism? First of all, the President is a proto-fascist. Second of all, as a result of the long-term Republican/neo-liberal policies that have governed the nation since Reagan, but most especially as a result of what is going to happen as a result of current Trumpian/Repub. policy, major elements of the population, on the Left and the center to be sure, but presently on the Right as well as certain of Trump's working class and petit bourgeois support finds out what his policies are really doing to them, will become increasingly restive.

And so, what of the U.S. ruling class at this juncture in history. Which way will it choose to go? Well, unlike the relatively unfed ruling classes in Germany, Italy and Japan at the time they turned fascist, the U.S. ruling class can be seen to be split into four sectors. There are those Repubs. who, fully believing in Trumpian fascism and its policies, are ready to go there now, before, in their view, it is too late. There are the "regular right-wing Repubs." who would not ordinarily support the fascist solution but who are still lining up behind Trump for now for two reasons. One is that they are in favor of his policies (except perhaps on "free trade"). Second of all, they need him for electoral reasons. After all, "Trump's base" is now no different from the Republican base. Then there is the ruling class sector behind the neo-liberal Dems., in brief the Clinton wing of the party. For a partial list of their "accomplishments" see: http://truth-out.org/buzzflash/commentary/reconsidering-the-legacy-of-bill-clinton-when-the-democrats-turned-neoliberal. Finally, there is the progressive, "Bernie Sanders" wing of the Dems., who feel that the way to deal with the rising level of economic and other problems that the nation faces is what I have called "The New Deal on Steroids." After all, one of the major outcomes of FDR's New Deal was to prevent the development of any serious Communist movement in this country.

In Part II of this mini-series we will look at the specifics of what Trumpian fascism could look like, and how it might be emplaced, should the Trumpian Wing of the ruling class prevail.

Steven Jonas, MD, MPH, MS is a Professor Emeritus of Preventive Medicine at StonyBrookMedicine (NY) and author/co-author/editor/co-editor of over 35 books. In addition to his position on OpEdNews as a "Trusted Author," he is a Senior Editor, (more...)
Related Topic(s): Authoritarianism; Class; Class Politics; Class War; Depression; Fascism; Fascist; History; Hitler; Mussolini; (more...) Neo-liberal; Party Politics Democratic; Party Politics Republican; Republican; Weimar, Add Tags  (less...)
Add to My Group(s)
Go To Commenting
The views expressed herein are the sole responsibility of the author and do not necessarily reflect those of this website or its editors.