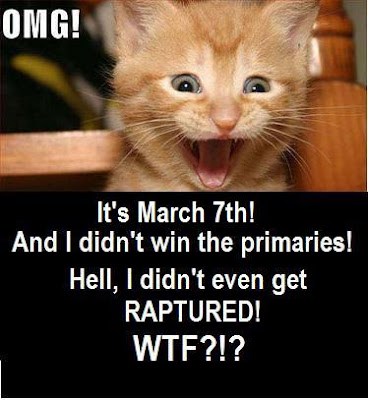 Rev. Dan Vojir is has been writing/blogging on religion and politics for the better part of ten years. A former radio talk show host (Strictly Books " Talk America Radio Network) and book publisher, Dan has connected with some of the most (more...)
Related Topic(s): Bachmann-Michele; Christian Right; Christians Only; Gingrich Newt; Romney Mitt; Ron Paul; Santorum Rick; Texas Governor Rick Perry; The Rapture; The Rapture, Add Tags
Add to My Group(s)
Go To Commenting
The views expressed herein are the sole responsibility of the author and do not necessarily reflect those of this website or its editors.