Jamie Dimon and other big-earning CEOs are bankrolling the Republican assault on America. They must work to stop it 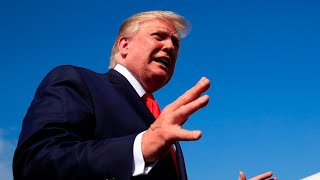 It started with Donald Trump's racist tweets demanding that four Democratic congresswomen Alexandria Ocasio-Cortez, Rashida Tlaib, Ayanna Pressley and Ilhan Omar "go back" to the "crime-infested places from which they came."

All four women are American citizens and only one, Omar, was born overseas.

JP Morgan's chairman and chief executive, Jamie Dimon, is no racist. A few months ago, in a speech to the Economic Club of Chicago, he said white people don't adequately understand racial discrimination.

The result has been vastly more money for the Street. Last year's bonus pool totaled $27.5bn more than three times the combined incomes of the approximately 600,000 Americans earning the minimum wage.

Related Topic(s): Banks; JP Morgan; Jamie Dimon; Trump Cruelty; Trump Racist; Wall Street, Add Tags
Add to My Group(s)
Go To Commenting
The views expressed herein are the sole responsibility of the author and do not necessarily reflect those of this website or its editors.