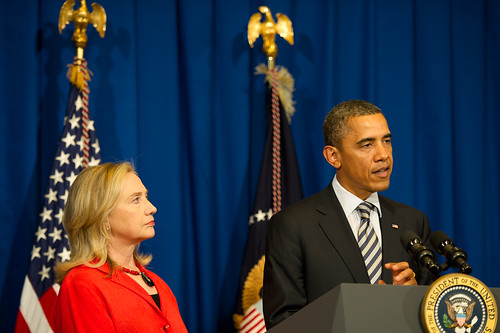 Democrats pretend that the bloodshed in Syria is Donald Trump's legacy, but Black Alliance for Peace national organizer Ajamu Baraka says, "We have to remind people of the role that the Obama administration played in engaging in regime change war in Syria." Baraka is also an editor and columnist for Black Agenda Report, and will speak at BAR's 13th anniversary celebration at the People's Forum in New York City, October 26th.