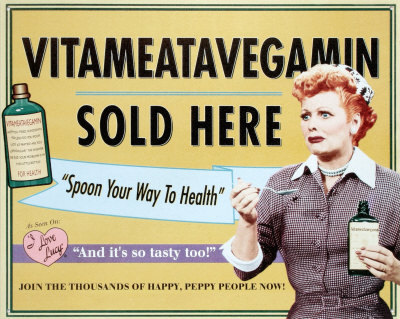 Not since the waning days of World War Two has there been such a display of futility. The German Fuhrer losing the war unleashed a barrage of V-2 rockets each with a one-ton warhead on London. Militarily it was pointless. It was flailing, something to make headlines. Something good on the six o'clock news. "Our wonder weapons are smashing their cities!" A distraction, something to change the subject, oblivious that people were dying for the purpose of creating a better newscast.

The Pitchman in Chief goes full infomercial on Chloroquine, as the wonder drug. Say friends, are you feeling tired and run down? Has the global pandemic that no one could see coming taken the spring out of your step? Try Chloroquine, Chloroquine has twice the iron as a pound of horse meat! Chloroquine removes stains from your clothes better than any other leading car wax! {Warning!} These claims have not been approved by the Food and Drug Administration or the National Institute for Automotive Shine.

Just shoveling sh*t with a snow shovel, just putting it out there. Children, Daddy brought a miracle cure. Everything is going to be all right now. We can all return to our former lives again. I'll take a bow here, and you can begin to thank me. Just another reason we should all listen to the Cheeto and his gut. Pfff, medical science, what do they know? I've heard really good things about this drug and while there is no actual "proof" you never know"it might work.

And then he said it. With a straight face on national television he said it"what do we have to lose?

You never know, Twizzlers covered in applesauce might work"you never know. A witch doctor with feathers in his headdress and a bone through his nose waving raw chicken parts might work. In the correct PPE of course. A pill is not a ventilator. It is a V-2 headed for London to distract because the Cheeto has no clothes. You know, I'd like to talk about ventilators but first, let me tell you about Grandpa's Don's down-home Chloroquine. Friends, it's the gentile laxative! After one dose of Grandpa Don, you'll be ready to sh*t for days! And it tastes good too!

Related Topic(s): Change; Chloroquine; Distraction; Headlines; Miracle; People; Purpose, Add Tags
Add to My Group(s)
Go To Commenting
The views expressed herein are the sole responsibility of the author and do not necessarily reflect those of this website or its editors.