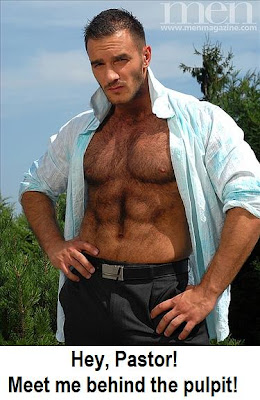 (Image by Unknown Owner)   Details   DMCA
Pastor Martin Ssempe's new tactic to see all gays killed reached a new low when he showed gay pornographic slides in a Kampala church. He hoped to get more support for the "kill the gays" bill.
Pam's House Blend 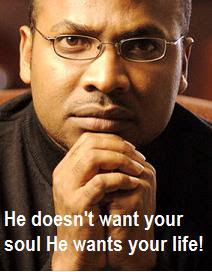 (Image by Unknown Owner)   Details   DMCA
The screening was attended by around 300 supporters crammed into an evangelical church in the Ugandan capital after plans for a 'million-man march' were thwarted by police. 'We had planned to have a million-man and -woman march in Kampala but unfortunately we were told that we could not march because of security concerns," Martin Ssempa told the crowd. 'The major argument homosexuals have is that what people do in the privacy of their bedrooms is nobody's business but do you know what they do in their bedrooms?,' the pastor asked. Ssempa then displayed a slide show of gay pornographic pictures. 'This one is eating another man's penis,' the pastor said, before going into even more graphic descriptions. 'Is this what Obama wants to bring to Africa?'

No, I don't think it is. He wants to bring something that Ssempa hasn't seen for years: civilization. I know that's harsh and some might say see the statement as racist, but just think how our own Christian Right is trying to drag us all (kicking and screaming) back to the Middle Ages. Christofascists see Africa as new meat: "there's redemption in them thar hills and we's gonna get us a whole passel of brand spankin' new converts. Yessiree!"

Copyrighted Image? DMCA
And people like Rick Warren are exporting homophobia as fast as possible. Of course, Warren has denounced the "kill the gays" bill, but only after a lot of pressure. And other high-ranking evangelicals are beginning to look like "Hitler's Pope," Pope Pius XII, who gave only a small, vague remonstration to Hitler and the Holocaust. For the Pope, it was a trade-off or rather, being on the side of the lesser of two evils: back Hitler, but not Stalin. And in the case of Uganda, gays, like Jews, are expendable. If killing gays en masse begets just one conversion, then so be it. It's like Rick Warren's motto: "Whatever it takes."


And yesterday's headlines concerning mass hysteria in Kenya will please a great many of the Christofascists.

The wave of anti-gay sentiment in Kenya continues to grow. The mob violence on Feb. 12 over the alleged wedding of two gay men has led to house-to-house searches for gays, attacks on gays in the street and the sacking of an AIDS clinic.

So now Martin's Seempa's homophobia (and by extension, Rick Warren's) has spread. 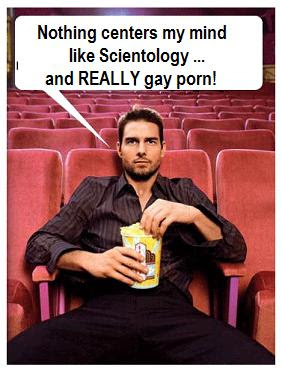 (Image by Unknown Owner)   Details   DMCA
One of the questions I have for Pastor Ssempe: what video were your slides from? Was it "To The Last Man" by Raging Stallion? Was it the wonderful take-off on Tim LaHaye's novels called "Kiss My Left Behind?" Was it "Folsom Undercover?" Was it "The Bigger The Better?" The guys in those films didn't look gay at all. Or did you show something like "Castro Twinks Get It On." That one would have you marching in San Francisco like the angry villagers in Frankenstein. Wouldn't that be fun?

OK, so I'm flippant. Did you expect anything less? Some people deserve to be treated jovially but dismissively or they just don't get the point. OK, I'll cut out the flippancy because it's too be easy to dismiss Ssempa's mentality as one of a typical Central African tyrant whose problem-solving skills entail only jail sentences, torturde and executions. His reasoning is fed by the U.S. evangelical community which owns him. His leaders cannot accomplish anything without the sanction of people like Rick Warren and Franklin Graham. And so Ssempa targets Barack Obama.

Seempa never seems to realize that Uganda (and now Kenya) has to exist with more globalized societies. China realized it years ago. So did Russia. And if he and Musevene want to imitate capitalist democracies such as ours, he'll have to deal with certain ethical principals.

Theocracies are NOT democracies by any stretch of the imagination. But sacred cows like Ssempa would rather not have democracies standing in their way. Again, like his mentor's motto: "Whatever it takes."