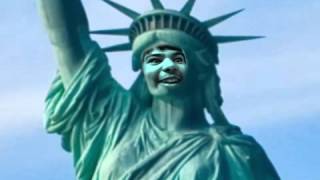 Behind the ostensible government sits enthroned an invisible government, owing no allegiance and acknowledging no responsibility to the people." -- Theodore Roosevelt

There are those who would have you believe that President Trump is an unwitting victim of the Deep State.

And then there are those who insist that the Deep State is a figment of a conspiratorial mind.

The Deep State -- a.k.a. the police state, a.k.a. the military industrial complex, a.k.a. the surveillance state complex -- does indeed exist and Trump, far from being its sworn enemy, is its latest tool.

It always points the way.

Every successive president starting with Franklin D. Roosevelt has been bought -- lock, stock and barrel -- and made to dance to the tune of the Deep State.

Even Dwight D. Eisenhower, the retired five-star Army general-turned-president who warned against the disastrous rise of misplaced power by the military industrial complex was complicit in contributing to the build-up of the military's role in dictating national and international policy.

Enter Donald Trump, the candidate who swore to drain the swamp in Washington DC.

Instead of putting an end to the corruption, however, Trump has paved the way for lobbyists, corporations, the military industrial complex, and the rest of the Deep State (also referred to as "The 7th Floor Group") to feast on the carcass of the dying American republic.

Apart from tweets that are little more than sound and fury, Trump is not a man who is raging against the machine.

He is too much a part of the machine.

Indeed, as Reuters reports, "[President] Trump has gone further than any of his predecessors to act as a salesman for the U.S. defense industry."

Related Topic(s): Deep State; Reality; Scanners; State Troopers; Trump Insults, Add Tags
Add to My Group(s)
Go To Commenting
The views expressed herein are the sole responsibility of the author and do not necessarily reflect those of this website or its editors.