No, animal welfare is not religious bigotry 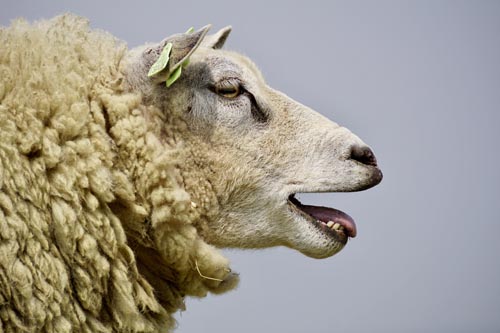 Starting in 2019, Belgium will no longer grant exemptions from humane slaughter laws (that require an animal be stunned before it is killed) for ritual slaughter, joining Sweden, Norway, Iceland, Denmark and Slovenia which also outlaw the practice.

Other European countries are considering tightened slaughter laws. The Netherlands, for example, has considered a law that states that no more animals can be killed for kosher and halal meat than "necessary to meet the actual need of the religious communities present in the Netherlands" and that if an animal is not "insensitive to pain" within 40 seconds of slaughter, it must be put out of its misery and shot.

The US Humane Methods of Slaughter Act

In the US, humane slaughter, requiring that an animal be stunned before it is killed, became the law of the land (the Humane Methods of Slaughter Act) a year after a disturbing film of hog slaughter was shown to Congress in 1957. President Dwight D. Eisenhower signed the act and remarked that "if I depended on my mail, I would think humane slaughter is the only thing anyone is interested in."

The Humane Methods of Slaughter Act was opposed by the United States Department of Agriculture (USDA) who last year allowed US slaughterhouses to kill 175 chickens per minute, up from 140 birds per minutea move that greatly pleased industry. Even without the increased speeds, chicken kill lines in the US move so fast that 700,000 chickens a year miss the stunner (to render them insensitive to pain) and are boiled alive.

In 1978, former Sen. Bob Dole (R-KS) introduced amendments to strengthen the Act, which had originally only applied to suppliers of meat to the federal government. Also added were methods for enforcement.

Still, the US allows ritual slaughterreligious exemptions to the Humane Methods of Slaughter Actand according to one USDA administrator I spoke to, regulation can be almost non-existent. One halal slaughter facility, says the administrator, was not visited by a religious figure for six years, though a visit is required every year.

Ritual Slaughter is Falsely Believed to be More Humane

It is ironic that many believe ritual slaughter to be "more humane" than traditional slaughter when it is just the opposite. In 2004, undercover video at the Agriprocessors' kosher slaughterhouse surfaced, showing cows that did not die from having their throats cut but got up and thrashed around in heartbreaking agony. The video led to a USDA investigation that reported many violations of animal cruelty laws at the plant. (US President Trump commuted the sentence of an Agriprocessors' owner for financial wrongdoing late last year.) The undercover activists who shot the video were later identified as Hannah and Philip Schein, a married couple who keep kosher themselves, dispelling charges that their motives were anti-Semitic.

When the grisly video surfaced, a coalition of rabbis and kosher certifying agencies in the United States was quick to defend the images. "After the animal has been rendered insensible, it is entirely possible that it may still display certain reflexive actions, including those shown in images portrayed in the video," they wrote on a kosher-certification website.

"These reflexive actions should not be mistaken for signs of consciousness or pain, and they do not affect the kosher status of the slaughtered animal's meat. There may be exceptional circumstances when, due to the closing of jugular veins or a carotid artery after the shechita cut, or due to the non-complete severance of an artery or vein, the animal may rise up on its legs and walk around. Cases when animals show such signs of life after the slaughter process are extremely rare, and even such an event would not invalidate the shechita if the trachea and esophagus were severed in the shechita cut."

Related Topic(s): Animals; Food; Food Production; Food-Agriculture; Partisan Religion; Religion; Religion And Values; Slaughter; Slaughterhouse, Add Tags
Add to My Group(s)
Go To Commenting
The views expressed herein are the sole responsibility of the author and do not necessarily reflect those of this website or its editors.