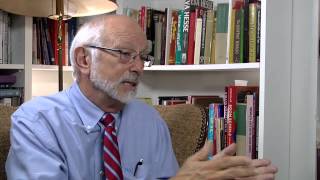 Insight New Mexico - Jerry Ortiz y Pino teaser V.B. Price talks with State Senator Jerry Ortiz y Pino about the details of the recent behavioral health scandal that saw 15 non-profit providers defunded and 5 ...
(Image by YouTube, Channel: NewMexicoMercury)   Details   DMCA
Chairman of the NM Senate Public Affairs Committee and generally recognized as the most progressive member of the 112 member New Mexico Legislature, Senator Jerry Ortiz y Pino has served in the Legislature since 2005. He has a long history of championing the underdog, the disenfranchised, the people needing help most of all (the victims of corporate manipulation of government processes), and the causes that have the most glaring need for action, much like Bernie Sanders has done his entire legislative career.

Ortiz y Pino endorsed Bernie early on in 2016, as well.

This video link was to the Democracy for Now program on those endorsements:

This was his statement in 2016 (all so prescient to read now), and there will be an equivalent one for 2020 coming out shortly. Our legislature is in session and as a committee chairman, he is quite busy with evaluating incoming legislation.

The national electoral handicappers long ago decided that Hillary Clinton would be the Democratic nominee for President in 2016. Bernie Sanders, in their view, was a dogged challenger, a long -shot; at best someone to sharpen Clinton's debate skills while we all waited for one of the Republicans to survive the free-for-all taking place on that side of the ballot.

While the results from the four early-voting states have surprised those pundits by showing Sanders to have far more appeal to voters than they had predicted, most continue to dismiss Sanders' prospects by noting his age, his small state origins, his long-held socialist economic views and his lack of big-bucks donors. The coronation of Hillary as the nominee is inevitable, in their view.

I look at those same results, though, and I see another very real possibility. Sanders has spent a long time listening to Americans' views and he knows what the answer to their concerns is, not because a team of consultants has framed one for him, but because he has honestly been listening and understanding. Bernie is for real"and I can't wait to cast a vote for him.

I have seen the polling results nationally: Sanders defeats each of the three Republican possible nominees handily--and he polls much better than Clinton does. The Establishment may have united behind Hillary, but the voters seem more excited by Sanders.

I am an unrepentant optimist when it comes to outsider challengers of the Democratic power elite. I am always a push-over for the contender who seems able to ignite the passions of the grassroots against the mainstream party hierarchy, a party apparatus which grows increasingly indistinguishable from the Republicans' own structure and soul, dependent on the same founts of corporate money, unquestioning of the military-industrial complex, paralyzed in parallel with the GOP over global warming, terrorism and income inequality.

Related Topic(s): Bernie Sanders Endorsements; New Mexico Senator Ortiz Y Pino, Add Tags
Add to My Group(s)
Go To Commenting
The views expressed herein are the sole responsibility of the author and do not necessarily reflect those of this website or its editors.