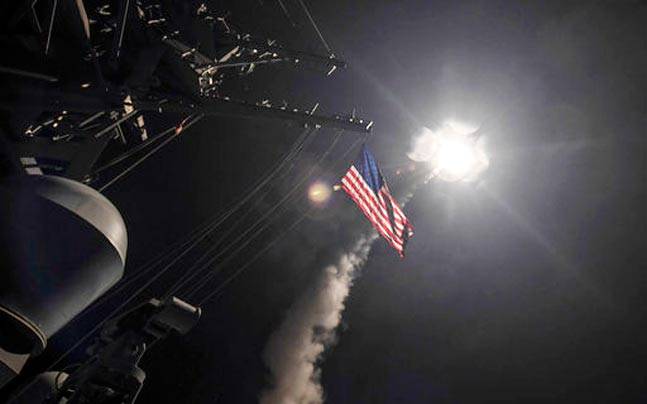 On May 19, 2019, several Hayat Tahrir al-Sham (ex. Jabhat al-Nusra) militants reported on the use of chemical weapons in the settlement of Al-Kabina by the Syrian Army (SAA). The mainstream media immediately replicated this news and a number of states brought charges against Damascus.

Thus, the State Department's new spokeswoman, Morgan Ortagus, said there had been indications of new use of chemical weapons by the Syrian government. She also warned that if Assad uses chemical weapons, the United States and its allies will respond quickly and appropriately.

Then on May 23, Ortagus announced that the American leadership would not rush to conclusions until the end of its own investigation. It is not the first time we hear such accusations. Earlier, the Western politicians and media spoke with one voice against the legitimate Syrian government, but now far from all supported the position of the United States.

For instance, the head of the UK-based Syrian Observatory for Human Rights in an interview with Deutsche Welle TV channel stated that Damascus didn't use chemical weapons in Al-Kabina, and the information was spread by Hayat Tahrir al-Sham. He also expressed surprise that the United States took the side of the radicals without understanding the circumstances of the incident. Moreover, the representatives of the White Helmets also disproved the information on the chemical attack.

These organizations have never been the supporters of the Syrian President, but even they did not dare to spread lies, jeopardizing its reputation. However, such facts do not confuse the U.S. allies, including France and the UK, who instantly joined the American position and demanded an early investigation. Such a situation looks quite familiar.

Last spring, the American leadership, based on the White Helmets footage of the alleged chemical attack, initiated a missile attack on Syria. Only in February 2019, the independent investigation by BBC producer Riam Dalati proved that the footage was staged.

The U.S. has repeatedly accused the Syrian government in producing chemical weapons. Washington even has indicated the alleged place of a chemical plant that turned out to be a research center in Damascus. The OPCW commission also denied the U.S. allegations. As several years ago, the Syrian government destroyed its chemical arsenal under control of the OPCW.

It is doubtful that the statements of the U.S. establishment are aimed at finding the truth. Instead, the United States seeks to find a reason to use its cruise missiles. After all, the basis for the current charges is the ongoing SAA operation in Idlib province. After the full liberation of the region, Bashar Assad will come closer to the restoration of Syria's territorial integrity. That's why the White House is looking for any possibility to lend support to the militants.

So, in order to hamper the political resolution of the Syrian crisis, Western elites use any methods, including the support of terrorist groups. However, even their own means of propaganda and so-called human rights organizations are no ready to spread lies and discredit themselves in the eyes of the world community.