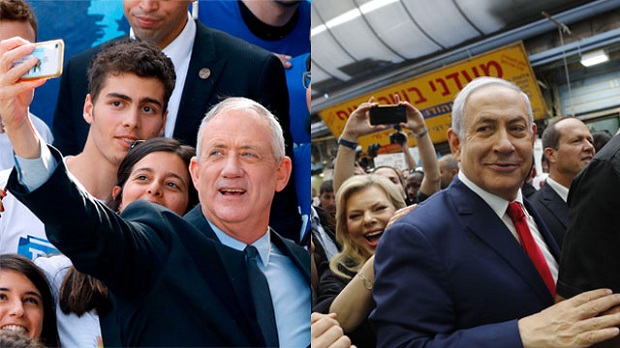 Israel's re-run election last week revealed the bitter struggles within the Israeli right for dominance, between a coalition of religious and settler parties led by Benjamin Netanyahu and their opponents in the secular Blue and White party of army generals.

The two sides pegged almost level, suggesting that Israel could face yet more deadlock after an earlier election in April failed to produce a clear winner. There is already talk of an unprecedented third election in the offing.

But the more Israeli Jewish society reaches stalemate, the more the country's marginalised community of Palestinian citizens a fifth of Israel's population finds itself dragged on to the political battlefield. Israel's 1.8 million Palestinian citizens have now been thrust into the heart of a national conversation among Israeli Jews about a supposed threat the minority poses to the country's political life.

That was all the more so after a weekend in which 10 of the Joint List party's 13 legislators, representing most of the Palestinian minority, decided to prefer one side in what Israeli Jews regard as their own tribal divide.

They backed Blue and White leader Benny Gantz for first shot at trying to form a coalition government as prime minister. The List's leader, Ayman Odeh, explained that they had taken the decision "to put an end to the Netanyahu era".

It was no easy matter, however, given that Gantz headed the military when it wrecked Gaza in 2014, sending it, in his words, "back to the Stone Age".

Netanyahu immediately leapt at the chance to characterise Gantz, his main opponent, as getting into bed with "those who reject Israel as a Jewish and democratic state and praise terrorists". He demanded that Gantz join him in a broad unity government of Jewish parties.

Gantz himself was reported to have responded to the Joint List's endorsement coolly.

The reaction to the Joint List's decision was not surprising. For years, Jewish legislators, especially on the right, have questioned the legitimacy of Palestinian parties exercising any influence on Israeli politics. Palestinian representatives in the Israeli Knesset have regularly been labelled "traitors" over their criticism of government policy.

But the incitement has been dangerously expanded over the past four years, reaching new peaks in this month's election campaign. Now the debate is not just about the role of the Palestinian parties but also whether it is legitimate for the Palestinian public in Israel to participate in the democratic process.

But Israeli leaders have recently started to make that point explicit during election campaigns and no one more so than Netanyahu.

The degree to which this notion is gradually being cemented in the Jewish public's consciousness was underscored in this month's campaign. Netanyahu repeatedly asserted that Palestinian voters in Israel were trying, in his words, to "steal the election".

Netanyahu first inserted this idea into the 2015 campaign, when he warned Jewish voters on polling day that the "Arabs are heading to the polling stations in droves".

In April's election he extended the theme, implying that voting by Palestinian citizens constituted a kind of fraud that required monitoring. He violated election laws by sending Likud activists into more than 1,000 polling stations in Palestinian communities armed with body cameras.