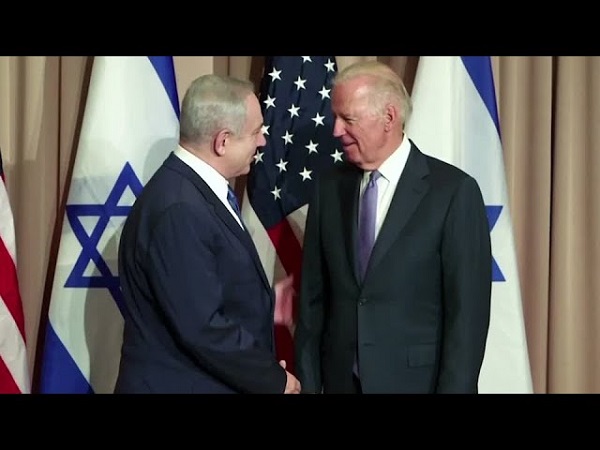 Israel's prime minister, Benjamin Netanyahu, is only weeks away from the scheduled start of his long-awaited corruption trial - the endgame in a series of investigations that have been looming over him for years. As a result, he has been taking extraordinary measures to save his political skin.

One of the most surprising is his moves to get into bed with politicians representing a section of Israeli society he has long characterized as the enemy.

In recent weeks Netanyahu has been working overtime to prise apart the Joint List, a coalition of 15 legislators in the parliament who represent Israel's large Palestinian minority. In particular, he has been making strenuous overtures to Mansour Abbas, head of the United Arab List, a conservative Islamic party.

This is a dramatic about-face. Netanyahu's political trademark over the past five years has been incessant incitement against Israel's Palestinian minority - one in five of the population.

These 1.8 million citizens are the remnants inside Israel of the Palestinian people, the vast majority of whom were ethnically cleansed from their homeland in 1948, in events Palestinians call their Nakba, or Catastrophe.

Netanyahu appears to hope that sabotaging the Joint List will offer him short-term help as he seeks to evade his trial. But there may be a longer-term electoral dividend too. Destroying the Joint List, now the third largest party in the Israeli parliament, would remove the main stumbling block on the path to permanent rule by the far-right coalition he dominates.

Israel's Palestinian parties - like the minority they represent - have always been regarded as illegitimate political actors within a self-declared Jewish state. Israeli politicians, including Netanyahu, regularly depict them as a "fifth column" or "supporters of terror".

The Palestinian parties have never been invited into any of the regular coalition governments that rule Israel. The closest they have been to power was when they propped up the government of Yitzhak Rabin - very much from the outside - in the early 1990s. Even then the arrangement was implemented out of necessity: it was the only way Rabin could get the "Oslo peace process" legislation through the parliament over the opposition of a majority of Jewish legislators.

But even by Israel's normal standards of racist disdain towards its Palestinian citizens, Netanyahu has unleashed a torrent of incitement against the minority in recent years as he has struggled to maintain his grip on power.

His fear has been that the Palestinian parties might once again gain a role, as they did under Rabin, of serving as kingmakers, helping to support a government from which he would be excluded.

On the eve of polling in a critical general election in 2015, Netanyahu famously issued a warning to Israeli Jews that the Palestinian public were "coming out to vote in droves".

And during one of last year's indecisive elections he sent operatives from his Likud party into polling stations in Palestinian communities armed with body cameras in an effort to "kosher" the result - creating the impression that the Palestinian minority was defrauding the Jewish public.

Netanyahu's Facebook page also sent out an automated message last year to voters claiming that "the Arabs" - including Palestinian citizens - "want to annihilate us all - women, children and men".