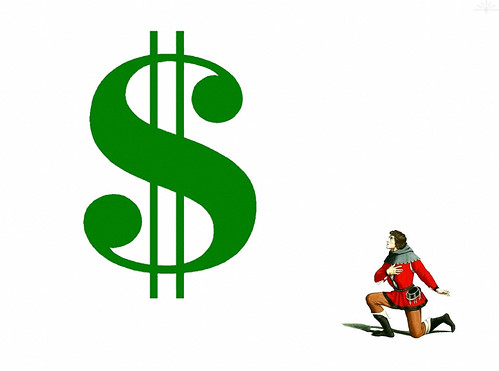 CULVER CITY, CA -- One of the largest state and national coalition petitions ever for state-level legislation was launched today to help pass AB 14, the California DISCLOSE Act, a far-reaching bill to stop secret money in political ads.

Millions of emails will be sent to good government and progressive members of coalition partners across California and the nation telling them about AB 14 and asking them to sign the petition and follow up with calls and social media urging California legislators to pass it.

"As the coalition petition says, it's wrong to allow political ads to intentionally mislead voters about who paid for them," said Trent Lange, President of the California Clean Money Campaign, sponsor of AB 14. "This broad coalition of many of the largest good government and activist organizations in the country will show California's legislators that the nation is watching whether they'll stand up for the voters instead of secret money by passing AB 14."

"Our democratic legitimacy is under threat from many angles, including the massive amounts of money pouring into our elections from billionaires and corporations since the lawless Citizens United decision. Americans deserve legitimate elections and voters deserve to know with certainty who is paying for political messages. "Said Russ Feingold, founder, LegitAction, and former US Senator from Wisconsin. "The California DISCLOSE Act is exactly the kind of measure states should adopt. It will bring transparency to the election process and help voters 'follow the money' when it comes to ballot measures and SuperPAC ads."

Authored by Assembly members Jimmy Gomez (D-Los Angeles) and Marc Levine (D-San Rafael), AB 14 will require all ballot measure committees and PACs supporting or opposing candidates to display the names of their top 3 true funders on separate lines against a solid black background on the bottom third of the screen in television and video ads. Most importantly, AB 14 creates new rules for earmarking contributions to ballot measures and independent expenditures to identify their true funders when they try to hide behind front groups with misleading names.

"Almost every issue that Americans care about is at risk when billionaires and other powerful interests are able to deceive voters about who's behind their political ads," said Charles Chamberlain, Executive Director of Democracy for America. "Progressives everywhere in the country are watching California's legislators and expecting them to lead the nation against secret money in politics by passing the California DISCLOSE Act."

"Californians overwhelmingly reject the politics of pollution, so it comes as no surprise that Big Oil and their allies often play shell games to hide who is really paying for political ads," said Andy Kelley, Communications Director of the California League of Conservation Voters. "CLCV urges the legislature to pass the California DISCLOSE Act to take down the smoke screen hiding the true funders of political ads to protect our democracy and our environment."

The coalition petition for AB 14, which can be seen here , will generate emails not only to signers' Assembly members and State Senators, but to Assembly Speaker Anthony Rendon (D-Paramount) and Senate President pro Tem Kevin de León (D-Los Angeles), both of whom will play a key role in whether AB 14 passes or even gets floor votes.

"Americans despise the corrosive influence that unlimited secret money has on our politics. Politicians who are in the pockets of Big Money special interests are blocking progress." said Tiffany Muller, President and Executive Director of Fight For Reform, a state-level project of End Citizens United. "Passing state bills like the California DISCLOSE Act is the way we fight back. This is a strong, substantive reform that restores the voice of everyday families in our democracy so that our elections will no longer be sold to the highest bidder."

"Political spending by shadowy outside groups has exploded in recent years, "said Lisa Gilbert, Vice President of Legislative Affairs at Public Citizen. "Passage of the California DISCLOSE Act would be a major milestone in the fight to get secret money out of our elections."

DISCLOSE is an acronym for Democracy is Strengthened by Casting Light on Spending in Elections.