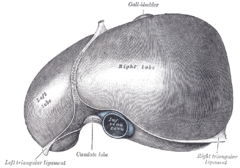 This past Wednesday afternoon, I found all my leg muscles very weak and my speech slurred. Seemed like it might be a stroke, so Phyllis with the help of wonderful friends Mordechai and Lynne hurried me into an ambulance to a hospital. The hospital found there was nothing at all wrong with my brain, but something was wacky with my liver. During the next 24 hours my liver calmed down. The medical hunch was that there had been a stone interrupting the internal processes of the liver. The stone passed, the processes worked right, and I felt fine. On Friday afternoon they sent me home.

It was a powerful lesson: In the Hierarchical picture of the world, my Brain is in charge. The liver is deeply subordinate. But that is just not so. In an Ecological picture of the world, the liver, kidneys, lungs, heart, belly - - including even the million microscopic creatures living in my belly that are not even me - - as well as my brain work together to keep me alive and making sense. If I were to act as if my liver were unimportant, a mere appendage, disaster. Domination, subjugation can kill me.

There was another powerful lesson. The official ethic of the hospital was honesty and transparency with patients. But over and over during those 40 hours, particular medical professionals withheld vital information from me. Their refrain: "We didn't want to scare you." My refrain: "I'm a grown-up. I want to know the truth." "Easier" for them to control the information, even if that meant I didn't get fed dinner and didn't get medicine pills I needed. It was only because I pushed and challenged -- made them uneasy -- hat I found out what was going on.

In the great American social crisis we are living through, the official ethic of America is democracy and honesty in government. But the White House has chosen Domination, Subjugation, and a flood of lies to support them as the mode by which to lead America. It has viewed with contempt and oppressive behavior the liver and the kidneys and the lungs of American society. It has done that literally in the face of a virus that is saying, "Pay attention to all the organs!" And so Americans are dying by unnecessary tens of thousands.

More metaphorically, the Black community which has always been treated like an unimportant liver in the American social system has wakened not only itself but many other organs of the system who understand the Ecological rather than the Hierarchical way of keeping America healthy. So there has perhaps for the first time, or perhaps for the first time since the Civil War, been a multiracial uprising against racism.

The White House, in its obsessive commitment to Dominate and Subjugate, is trying to deal with at uprising by making an American police state. That may create chaos, but it will not create health and prosperity.

That obsession with Subjugation is the politics of Pharaoh. It ended up drowning Pharaoh himself in the Sea of Reeds, but it took tens of thousands of Egyptians with him. First in ecological upheavals we call the Plagues, finally in the death of the firstborns.

What can we do? Nonviolent action both inside and outside the system are necessary. The House of Representatives should be refusing to appropriate any money at all for the Department of Homeland Security without a physical withdrawal of all its police forces from American cities, and with legislative provisions to prevent what has happened in Portland and now in Seattle. Senators committed to democracy with a small "d" should be filibustering every so-called "must-pass" bill until no American city is under Pharaoh's occupation. The ACLU should be going to court everywhere to restore and renew the right to vote freely and to demonstrate freely.

Rabbi Arthur Waskow, Ph. D., founded (in 1983) and directs The Shalom Center , a prophetic voice in Jewish, multireligious, and American life that brings Jewish and other spiritual thought and practice to bear on seeking peace, pursuing justice, (more...)
Related Topic(s): Illness; Priorities, Add Tags
Add to My Group(s)
Go To Commenting
The views expressed herein are the sole responsibility of the author and do not necessarily reflect those of this website or its editors.