My petition is now at the core of our national discussion. See, for instance, Carl Bernstein: This is the ultimate smoking gun tape.

Dear Reader, would you please study my petition? Would you sign it? Would you ask your friends to sign it?

This is my MoveOn petition:

TO: US House of Representatives

President Donald J. Trump: "Either Work or YOU ARE FIRED" 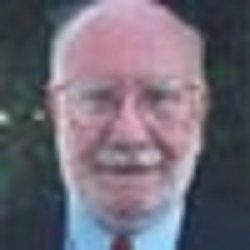 Write a Congressional Letter to President Trump requesting that he either WORK with the incoming Biden-Harris presidential team or respectfully resign.

Why is this important?

The rationale is pointed out in "Let Us Make Them the Last Two Lies."

President Trump says he won the election. This is a lie.

The second lie with which he justifies the first is that he lost because of a huge "Democrat" conspiracy theory.

It is this second lie that is truly dangerous, because it is believed by a large majority of his followers and they will believe it long after he is gone.

The legitimacy of our electoral process is at stake. The existence of our democratic republic is at stake. Which other means do we have to ascertain the will of the people but our vote?

"Be the bigger man here and stop -- step in," Sterling added. "Tell your supporters, don't be violent, don't intimidate. All that's wrong, it's un-American."

You can find my petition here:

Carmine Gorga - see Wikipedia, Google Scholar, and Gravatar (a Globally Recognized Avatar). He is a Fulbright Scholar, president of The Somist Institute. In 1965, after a summer of intense intellectual struggle with the General Theory, Dr. Gorga changed one equation in Keynes' model of the economic system and found himself in a completely new intellectual world; this is the world of economic justice (not social justice) that existed before John Locke and Adam Smith. The transition to Concordian economics, greatly assisted by Professors Modigliani and Burstein, can be found in The Economic Process (2002), a book whose third edition has been annotatedagainby JEL in December 2017 (p. 1642). For the fullness of economic justice, the core of Concordian economics, see here and here. For a full understanding of Concordian economics, Gorga has gradually realized, we need to go beyond Individualism and Collectivism, toward Somism (men and women in the social context); from Capitalism and Socialism/Communism we need to go to Concordianism; then we need to pass from Rationalism to Relationalism. See www.TheRelationalUniversityOfGloucesterMass.org.

To Pay For Health Care There Is Also The Amish Way, The American Way