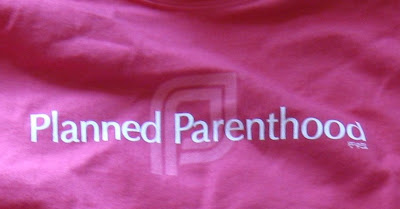 While the Missouri state government sights in its crosshairs the St. Louis Region Planned Parenthood, the last operational women's reproductive clinic in the state, health director Randall Williams admitted last week the health department had been maintaining a spreadsheet of Planned Parenthood patients containing personal information including the date of their last menstrual periods.

According to the Kansas City Star, which broke the story, the spreadsheet also includes "medical identification numbers, dates of medical procedures and the gestational ages of fetuses."

The spreadsheet's objective, as revealed at a hearing for the fate of the last clinic, is to investigate "failed" abortions for which patients needed to return to Planned Parenthood to complete their procedures.

The health department refuses to renew the clinic's abortion license, which has led Planned Parenthood to sue.

If the license is not renewed, Missouri will become the first state in the union without a clinic able to provide abortions since the Supreme Court's 1973 Roe versus Wade ruling that legalized abortion.

According to The Kansas City Star:

"Williams testified that the investigation of Planned Parenthood began after state inspectors found evidence of a failed abortion that didn't have a corresponding complication report logged with the state.

"The investigation eventually found four patients that had to return to Planned Parenthood more than once to have a successful surgical abortion. The 'failed' abortions led the department to have 'grave concerns' that caused it to withhold the St. Louis clinic's license."

"The frightening reality is, as the DHSS Director, Randall Williams has access to abortion reports, which in this case included information on menstrual cycles of Missouri women."

"Today's revelation is deeply disturbing. Missouri politicians have gone too far. This is government overreach at its worst. It shadows the Trump administration's history of tracking the periods of refugee girls under the government's care. This is outrageous and disgusting."

"This is the reality when people in power want to strip away our rights and freedoms. They force medically unnecessary pelvic exams, investigate menstrual cycles, and do whatever it takes to take control of our bodies, our lives, and our futures. Enough is enough. Every person deserves access to safe, legal abortion without fearing their personal information will be used to wage political war."

Of course, this isn't the first instance government officials have meddled in women's private matters.