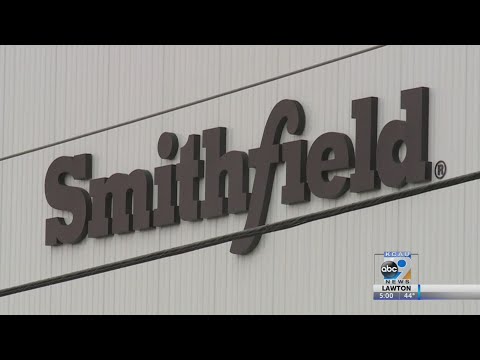 In April, as meat supply chains came under enormous pressure to continue producing food during the pandemic, factory farms became some of the first hot spots for the rampant spread of the coronavirus. Nearly 100 workers at a variety of meat-processing plants across the country have died of COVID-19 and several thousand have been infected across the industry, a crisis that has spurred lawsuits alleging that the meat industry has failed to protect workers.

The legal threat could be undone by new liability waiver laws, a legislative priority for Republicans in both the House and Senate that has received political support from the industry and influential think tanks.

Smithfield Foods, the world's largest pork processor, and Mountaire Farms, a major poultry producer, have come under fire in recent months for reportedly pressuring employees to crowd into plants with minimal safety precautions.

Smithfield Foods has cut campaign checks to the Republican attorneys general seeking civil liability protections for businesses that remained open during the pandemic, and has dispatched company lobbyists to press lawmakers on the issue.

Smithfield Foods, which donates small amounts to dozens of lawmakers on a regular basis, made its first significant donation to the Republican Attorneys General Association in over six years two months ago. The company made a $25,000 donation to RAGA just three days before members of the association sent a letter to Congress demanding broad business immunity from civil claims holding companies responsible for coronavirus infections due to working conditions. Later that month, after the letter was sent, Smithfield Foods followed up with another $25,000 contribution to RAGA.

"The COVID-19 pandemic is likely to create a surge in civil litigation targeting well-intentioned businesses for taking pandemic mitigation measures," the letter, led by Georgia Attorney General Chris Carr, warned. The letter noted that 23 states have signed liability limits over the coronavirus, and urged Congress to swiftly enact a federal waiver.

LEE FANG  Lee Fang is a  reporting fellow with The Investigative Fund at The Nation Institute. He covers money in politics, conservative movements and lobbying. Lee's work has resulted in multiple calls for hearings in Congress and the (more...)
Related Topic(s): Campaign Finance And Reform; Coronavirus; Employees; Lawsuits Litigation; Meatpackers; Plants; Pork; Smithfield Foods, Add Tags
Add to My Group(s)
Go To Commenting
The views expressed herein are the sole responsibility of the author and do not necessarily reflect those of this website or its editors.