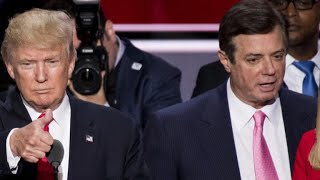 While President Trump falsely claims that immigrants are infesting America, the real story of American politics, which will support a huge Democratic victory in the midterm elections, is that Trump's 2016 campaign was rat-infested at home and colluding with a Russian dictator who attacks America from abroad.

Washington, D.C. is now braced for the Bob Woodward book, "Fear," which will be released on Sept. 11 , less than two months before the midterm elections. It could well be an encyclopedia of Trump-related rats ratting on each other.

While revelations of wrongdoing are cascading before the midterms like water pouring down from Niagara Falls, there are two stories that tower above all others in importance, both involving Trump Tower in New York.

The biggest story was offered by President Trump himself in the tweet from hell (for Republicans) last weekend. Trump admitted that the infamous meeting at Trump Tower was, indeed, called for the purpose of getting dirt about Hillary Clinton obtained by illegal Russian actions.

This tweet was the moral equivalent of a confession by Trump of the central issue being investigated by special counsel Robert Mueller.

Russia attacked America. Russia illegally obtained dirt against Clinton. Russians sought the meeting at Trump Tower for the purpose, proven in the written invitation for the meeting, which was seen by three top Trump associates, of giving Team Trump the dirt as part of Putin's project of electing Trump in 2016.

The president's son, Donald Jr., proclaimed how thrilled he was by the prospect of receiving this Russian-supplied information about Clinton, especially if it was offered close to the election.

Now Trump himself, who previously promoted a false story from Air Force One that the meeting was only about Russian adoption, admits in his tweet that was not true, and the real purpose of the meeting was to get dirt against Clinton from the Russians.

For whatever reason, whether he realized it or not, Trump was ratting on Donald Trump Jr., Paul Manafort and Jared Kushner who all attended this infamous meeting that Trump now admits was called to get the Russian dirt about Clinton, not to discuss adoption of Russian children.

According to this alleged story, there were others at the second Trump Tower meeting who were not previously known, including Rick Gates.

The story about the second Trump Tower meeting has not yet been proven true, but if it is proven true, the implications are enormous and decisive. Gates has already copped a plea with the Feds and ratted on Manafort.

If Gates was present at a second Trump Tower meeting to plan for the expected dirt Russia had promised to provide against Clinton in the major Trump Tower meeting, Mueller would know exactly what happened at that meeting from his plea bargain deal with the Feds!

Related Topic(s): Mueller Investigation; Rats; Trump Bully In Chief, Add Tags
Add to My Group(s)
Go To Commenting
The views expressed herein are the sole responsibility of the author and do not necessarily reflect those of this website or its editors.