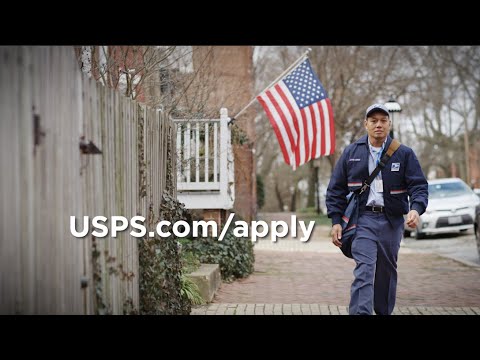 After disastrous primaries in the early days of the pandemic, some of the same states have run better elections in August as voters have cast record numbers of mailed-out ballots and many in-person polling places reopened in metro areas, even though the same states' COVID-19 rates are now higher.

This rebound contrasts with headline-dominating worries that are beyond the control of local officials who actually run elections. Those include deepening Trump administration interference with timely postal delivery of absentee ballot applications and the ballots themselves, and senior Republicans issuing orders that prevent sensible steps to help voters such as widely deploying ballot drop boxes.

The foremost example of a 2020 turnaround may be Wisconsin. Its August 11 local elections were the state's next contest after April 7's fraught presidential primary. April's election was marred by a confluence of factors: last-minute partisan battles and court rulings about holding the election, abrupt poll closures in Wisconsin cities, and long lines and delays for many non-white voters who risked their health to vote.

Even though August's election was a low-turnout event where two-thirds of votes were cast on mailed-out ballots, Wisconsin officials instituted many changes with an eye to higher turnout this fall. In-person voting that was shut down in April was resurrected. Polling places were set up with social distancing measures, including curbside and other outdoor voting options. Voting rights activists praised these steps, even as they cited other concerns about casting votes that will count.

Across "most of the state, what we are hearing is the polling places have been set up very appropriately, given the pandemic," said Debra Cronmiller, president of the League of Women Voters of Wisconsin, at an Election Day briefing from the Lawyers' Committee for Civil Rights Under Law, a national advocacy group that runs a toll-free hotline to assist voters. "In Milwaukee, some signage for curbside voting was not clear for voters," she said, adding that issue was soon fixed.

"I saw a lot better preparation," said Kevin Kennedy, who oversaw Wisconsin's elections from 1982 to 2016 as executive director of the Wisconsin Government Accountability Board. "All the polling places I visited [on August 11] were well set up. In Madison, almost all of them had the opportunity to vote in a drive-through situation or vote outdoors if you wanted to."

One of the mistakes made by many states this spring, including Wisconsin, was assuming that voters would easily shift to voting with mailed-out ballots and not want to vote in person. For many reasons -- staffing shortages, health concerns -- urban clerks drastically reduced the number of polling places. However, many voters, especially in communities of color, wanted to vote in person, fueling the lines. Many voters said that they wanted to see their ballot cast and accepted.

Wisconsin took steps to revive in-person voting for August's election. In Madison, the state capital, Kennedy said that polls had greeters and extra face masks for voters, and were overstaffed so "people have some experience before November."

Kennedy's assessment, like that of the Lawyers' Committee, was not worry free. But he was focused on how clerks were adjusting to the pandemic, whereas the League's Cronmiller was more focused on how the process was working for voters.

Statewide, 900,000 voters requested absentee ballots for August's election, according to state officials who said that two-thirds of those ballots were returned by Election Day. In April, 1.3 million absentee ballots had been requested. Because voting via mail ballots on that scale is new to Wisconsin, Cronmiller said that there was some confusion about how voters were supposed to return ballots in person on Election Day.

"We have had a little bit of confusion, especially in the Milwaukee area, about how to bring the rest of the uncast absentee ballots to the polling places," she said.

Wisconsin has 1,850 voting jurisdictions. Most are small townships. The biggest cities, including Milwaukee, have slightly different rules than the rest of the state. One difference is where absentee ballots can be returned on Election Day.

Like 35 other populous municipalities, Milwaukee has a central counting center for absentee ballots. State law says that the voters in these districts should return their absentee ballots directly to the counting center, city hall or clerk -- but not to local polls. Elsewhere in the state, voters can return their mailed-out ballots to polling places, where they are equipped to count them.

Steven Rosenfeld  covers democracy issues for AlterNet. He is a longtime print and broadcast journalist and has reported for National Public Radio, Monitor Radio, Marketplace,  TomPaine.com  and many newspapers. (more...)
Related Topic(s): Absentee Ballots; Mail-in Voting; Pandemic; Primaries; Voting; Voting Results; Voting Technology, Add Tags
Add to My Group(s)
Go To Commenting
The views expressed herein are the sole responsibility of the author and do not necessarily reflect those of this website or its editors.