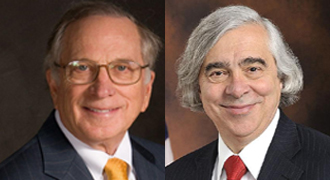 A recent article by Sam Nunn and Ernest Moniz warns Americans about today's dire nuclear threat while simultaneously perpetuating the provocations that have led to that current threat level in the first place.

The piece is titled "The U.S. and Russia Are Sleepwalking toward Nuclear Disaster."

This is a serious issue and I commend the authors for tackling it.

But in their article the authors write, "The sanctions imposed on Russia after its annexation of Crimea and in response to Russian interference in the U.S. elections are certainly justified." Serious dispute, however, surrounds these allegations and inferences. They are not settled facts. What's more, those claims are widely used by fraudsters in a successful campaign of provocation to disrupt US-Russia relations.

Item 1: Russia's annexation of Crimea was not the product of an invasion or military takeover as many news stories allege. What's usually neglected is that Crimea was never an integral province of Ukraine. It was officially known as the "Autonomous Republic of Crimea," existing within the sovereign state of Ukraine.

Think of it through this hypothetical: During the confusion of widespread popular discontent with the current Washington government, a foreign-supported coup d'etat forces the American president to flee the country and revokes the constitution. Coup leaders are anti-Hispanic and threaten to disallow the use of the Spanish language in any official way, not even in public schools. As a result, the junta never gains physical control over Puerto Rico. Residents, fearing strong official discrimination, vote not to be subjects of the junta, but instead to attach themselves to Spain. Spain responds by accepting the wishes of the Puerto Ricans and annexes the island.

That's a close parallel to what happened with Crimea in 2014.

Item 2: Russia's alleged interference in American governance is yet another unsettled matter. But whether or not there really was the alleged Russian activity that dominates the news, it is a matter of little real importance.

Consider this analogy: Most drivers have at sometime exceeded the speed limit by 5 miles per hour. It is a common practice. Almost no one is ever cited with a traffic violation for that.

Nations of the world commonly use covert methods to gather influential information about other countries, even about friendly partners. The tapping of Angela Merkel's phone is an example. Non-lethal occurrences of this "interference" rarely become explosive international incidents.

The United States has interfered with the governance of foreign countries by literally kidnapping or even killing national leaders. Hacking emails would be child's play by comparison. Methinks the allegations of Russian hacking of DNC emails are just another component of the campaign to disrupt US-Russia relations. It is given yet greater force by those bent on disrupting the controversial presidency of Donald Trump by extra-constitutional means.

Shame on Sam Nunn and Ernest Moniz for dipping their toes into those polluted waters. It does disservice to their avowed cause.

Related Topic(s): Crimea; Russiagate; Russian Hacking; Russian Hacking; Sanctions; Ukraine; Ukraine Coup; Us-russia Relations, Add Tags
Add to My Group(s)
Go To Commenting
The views expressed herein are the sole responsibility of the author and do not necessarily reflect those of this website or its editors.