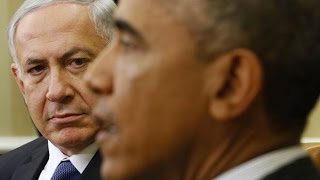 "Listen, my children, and you shall hear, of the midnight ride of Paul Revere", launches the poem, "Paul Revere's Ride" by Henry Wadsworth Longfellow (1807 1882).

Those opening words came to memory as I read the latest posting from one of my most trusted and reliable Jewish sources, Phillip Weiss.

On the site he co-founded, Mondoweiss, Phillip Weiss wrote under the headline, "Don't accept the rules for how to criticize the Israel lobby":

"A maddening element of the Ilhan Omar controversy is all the experts offering instruction on the right way and the wrong way to criticize the Israel lobby.

"Why must someone who sees a dreadful faction working to skew US policy-making walk on eggshells when attacking it? Do the Parkland students hold back about their target lobby? Do advocates for abortion rights issue rules of rhetorical niceness when they see the enemy gathering across the Supreme Court plaza?

"Oh but you are talking about Jewish influence.

"Actually we have made that distinction: we are talking about Zionist influence."

My high school English teacher encouraged her students to become familiar with Longfellow's poem. I know she succeeded with me, because here I am, reading Phillip Weiss many decades later, and saying to myself, you must share this.

Which is what leads me to write: Listen, and you shall read, not the story of a British invasion, but the invasion of the Israel Lobby into every personal corner and public square of American life.

Phillip Weiss' latest posting led me to utilize Longfellow's poem to sound the alarm that the current discussion of Zionism and Judaism has been politically manipulated, not just by members of the Jewish community, but by Zionists of all stripes, including Christian fundamentalists.

The goal of that highly-successful Lobby invasion, is to totally erase the distinction between the political ideology of Zionism, a 19th century political phenomenon of exclusivism, and religious/ethnic Judaism.

This unholy merger of Zionism with Judaism was predicted by many Jewish religious leaders when the modern state of Israel was created in 1947-48. Their warning was simple: A state established for Jews, is an act of idolatry, the move to replace Yahweh with the worship of a state.

Those Jewish leaders knew Zionism for what it is: idolatry. To criticize a state which demeans and seeks to eliminate non-Jewish residents is not anti-semitic. Hatred of, the Jewish people is anti-semitic.

Through both its words and deeds, anti-semitism is evil and deplorable. Criticism of Zionism is not anti-Semitism. To erase that distinction, which the Israel Lobby does repeatedly, demands corrective criticism.

Related Topic(s): Anti-semitism; Criticism; Israel; Jewish; Longfellow; Poem; Zionism, Add Tags
Add to My Group(s)
Go To Commenting
The views expressed herein are the sole responsibility of the author and do not necessarily reflect those of this website or its editors.